Theodor Gilbert Morell (22 July 1886 – 26 May 1948) was a German doctor known for acting as Adolf Hitler’s personal physician. Morell was well known in Germany for his unconventional treatments. He assisted Hitler daily in virtually everything he did for several years, and was beside Hitler until the last stages of the Battle of Berlin. 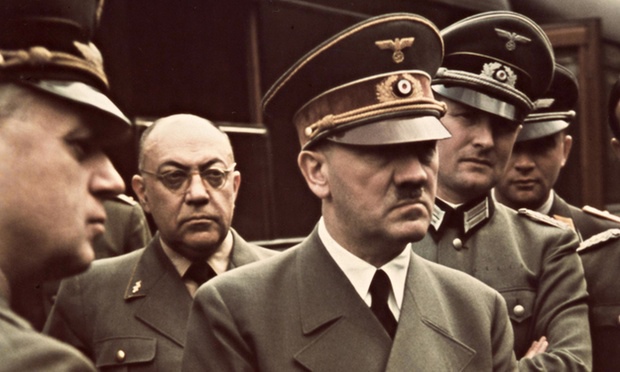 Theodor Morell was born in Münzenberg on 22nd July 1890. His family was reportedly partly Jewish .After obtaining a medical degree he served as a ship’s doctor. He eventually established a practice in Berlin as a specialist in skin and venereal diseases. Many well-known actors and film stars were his patients. He told Albert Speer that he studied with Ilya Ilyich Mechnikov, the famous Russian biologist and Nobel Prize winner, who taught him the art of combating bacterial diseases.

In 1935 Heinrich Hoffman, who worked as a photographer for Adolf Hitler, was treated by Morell for gonorrhea.

Franziska Braun, the mother of Eva Braun, was also treated successfully by him. Hoffman and Braun told Hitler about this doctor and in 1936 he was asked to examine the leader of the Nazi Party. At the time Hitler was suffering from stomach cramps. According to Morell, this was being caused by “complete exhaustion of the intestinal system” and recommended treatment of vitamins, hormones, phosphorus, and dextrose.Through Morell’s prescriptions, a leg rash which Hitler had developed also disappeared. Hitler was convinced of Morell’s medical genius and Morell became part of his social inner circle.

Some historians have attempted to explain this by citing Morell’s reputation in Germany for success in treating syphilis, along with Hitler’s own (speculated) fears of the disease, which he associated closely with Jews. Others have commented on the possibility that Hitler had visible symptoms of Parkinson’s disease, especially towards the end of the war.

Hitler recommended Morell to others of the Nazi leadership, but most of them, including Hermann Göring and Heinrich Himmler, dismissed Morell as a quack. As Albert Speer related in his autobiography:

In 1936, when my circulation and stomach rebelled…I called at Morell’s private office. After a superficial examination, Morell prescribed for me his intestinal bacteria, dextrose, vitamins and hormone tablets. For safety’s sake I afterward had a thorough examination by Professor von Bergmann, the specialist in internal medicine at Berlin University. I was not suffering from any organic trouble, he concluded, but only from nervous symptoms caused by overwork.

I slowed down my pace as best I could and the symptoms abated. To avoid offending Hitler I pretended that I was carefully following Morell’s instructions, and since my health improved, I became for a time Morell’s showpiece.

When Hitler was troubled with grogginess in the morning, Morell would inject him with a solution of water mixed with a substance from several small, gold-foiled packets, which he called “Vitamultin”. Hitler would arise, refreshed and invigorated. Ernst-Günther Schenck, a physician of Himmler’s SS, acquired one of the packets and had it tested in a laboratory. It was found to contain methamphetamine.

Speer characterised Morell as an opportunist, who once he achieved status as Hitler’s physician, became extremely careless and lazy in his work. He was more concerned about money and status rather than providing medical assistance. By 1944, Morell developed a hostile rivalry with Dr. Karl Brandt, who had been attending Hitler since 1934.

Though criticized by Brandt and other physicians, Morell was always “restored to favor”

Brandt , warned Hitler he was in danger of being poisoned by these large dosages of drugs and vitamins. Hitler rejected Brandt’s advice and replied: “No one has ever told me precisely what is wrong with me. Morell’s method of cure is so logical that I have the greatest confidence in him. I shall follow his prescriptions to the letter.” Later he was to remark: “What luck I had to meet Morell. He has saved my life.”

Göring called Morell an unflattering nickname that stuck: Der Reichsspritzenmeister, (“Injection Master of the German Reich), and “The Master of the Imperial Needle” The underlying meaning is the same: it implied that Morell resorted to using injections when faced with medical problems and overused these drug injections.There were a great number of substances Dr Morell prescribed to Hitler,including a combination of Cocaine and Adrenaline which was taken via eye drops.

In 1939, Morell inadvertently became involved with the forced annexation of Czechoslovakia. The Czechoslovak president, Emil Hacha, became so scared at Hitler’s outburst that he fainted.

Morell injected stimulants into Hacha to wake him, and although he claimed these were only vitamins, they may have included methamphetamine. Hacha soon gave in to Hitler’s demands.

After the 20 July 1944 assassination attempt against Hitler, Morell treated him with topical penicillin, which had only recently been introduced into testing by the U.S. Army. Where he acquired it is unknown, and Morell claimed complete ignorance of penicillin when he was interrogated by American intelligence officers after the war. When members of Hitler’s inner circle were interviewed for the book The Bunker, some claimed Morell owned a significant share in a company fraudulently marketing a product as penicillin.

By April 1945, Hitler was taking 28 different pills a day, along with numerous injections (including many of glucose) every few hours and intravenous injections of methamphetamine almost every day.The personal notes of Morell, describe how he treated Hitler over the years, including notations such as, “injection as always”, and, “Eukodal”, which is a strong opiate equivalent of Oxycodone. 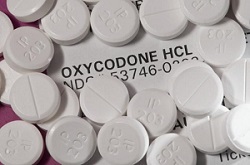 On 20 April 1945, during the Battle of Berlin, Morell, Albert Bormann, Admiral Karl-Jesko von Puttkamer, Dr. Hugo Blaschke, secretaries Johanna Wolf, Christa Schroeder, and several others were ordered by Hitler to leave Berlin by aircraft for the Obersalzberg.Hitler dismissed Morell from the Führerbunker, saying that he did not need any more medical help. The group flew out of Berlin on different flights by Adolf Hitler’s personal Fw 200 Condor,  over the following three days. Morell was on the flight which left Berlin on 23 April.

He left behind prepared medicine; during the last week of Hitler’s life, it was administered by Dr. Werner Haase and by Heinz Linge, Hitler’s valet.

At the end of the Second World War Morell was captured by the United States Army. He was also interrogated by British intelligence. Hugh Trevor-Roper was not very impressed with Morell:

“A gross but deflated old man, of’ cringing manners, inarticulate in speech and with the hygiene habits of a pig, and could not conceive how a man so utterly devoid of self respect could ever have been selected as a personal physician by anyone who had even a limited possibility of choice.”

Morell was never charged with any crimes and he was eventually released. He later claimed that he was the true discoverer of penicillin and that his secret had been stolen from him by the British Secret Service.

Theodor Morell died at Tegernsee on 26th May 1948