When we think of stealth bombers we think of reasonably recent bombers like the F-117-Nighthawk (1981) or B2-Spirit (1989) bombers. 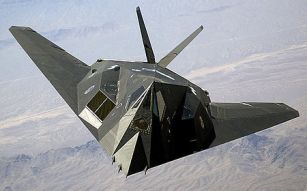 But in fact it was the Horten brothers who designed the first stealth fighters/bombers in 1942.

The Horten Ho 229 is generally known by a few unique names. The plane was called the H.IX, by the Horten Brothers. The identity Ho 229 had been given to the plane by the German Ministry of Aviation. Sometimes, it was also called the Gotha Go 229, because Gothaer Waggonfabrik was the name of the German maker who manufactured the plane.

This plane has been recently called “Hitler’s Stealth fighter”, despite the fact that the plane’s stealth capacities may have been accidental. As per William Green, creator of “Warplanes of the Third Reich,” the Ho 229 was the principal “flying wing” air ship with a jet engine.

It was the primary plane with elements in its design which can be alluded to as stealth innovation, to obstruct the ability of radar to identify the plane.

In 1937, the Hortens began using motorized airplanes, with the debut of the twin-engined pusher-prop airplane H.VII (an earlier glider had a mule engine). The Luftwaffe, however, did not actually use many of the Hortens’ designs until 1942, but gave enthusiastic support to a twin-turbojet-powered fighter/bomber design, designated under wartime protocols as the Horten H.IX.For their completion of the three Ho 229 prototypes (V1,V2,V3) the Horten brothers were awarded 500,000 Reichmarks.

Securing the allocation of turbojets was difficult in wartime Germany, as other projects carried higher priority due to their rank in the overall war effort. Although the turbojet-equipped Ho 229 V2 nearly reached a then-astonishing 800 km/h (500 mph) in trials, the production of the third prototype V3 was given over to the coachbuilder Gothaer Waggonfabrik, subsequently called Gotha Go 229. The Go 229 was captured by the U.S. Army at the end of World War 2, in which the completed but unflown V3 third prototype aircraft is presently housed at the Smithsonian Institution in Washington D.C. 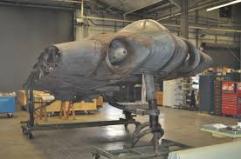 The Ho 229 had potential, but was too late to see service. The Horten brothers also worked on the Horten H.XVIII, an intercontinental bomber that was part of the Amerika Bomber project.

Among other advanced Horten designs of the 1940s was the supersonic delta-wing H.X, designed as a hybrid turbojet/rocket fighter with a top speed of Mach 1.4, but tested only in glider form

The first prototype H.IX V1, an unpowered glider with fixed tricycle landing gear, flew on 1 March 1944. Flight results were very favorable, but there was an accident when the pilot attempted to land without first retracting an instrument-carrying pole extending from the aircraft. The design was taken from the Horten brothers and given to Gothaer Waggonfabrik. The Gotha team made some changes: they added a simple ejection seat, dramatically changed the undercarriage to enable a higher gross weight, changed the jet engine inlets, and added ducting to air-cool the jet engine’s outer casing to prevent damage to the wooden wing.

The H.IX V1 was followed in December 1944 by the Junkers Jumo 004-powered second prototype H.IX V2; the BMW 003 engine was preferred, but unavailable. Göring believed in the design and ordered a production series of 40 aircraft from Gothaer Waggonfabrik with the RLM designation Ho 229, even though it had not yet taken to the air under jet power. The first flight of the H.IX V2 was made in Oranienburg on 2 February 1945.

The Horten HIX was shipped over to the US after the war under Operation Seahorse among the air crafts below. 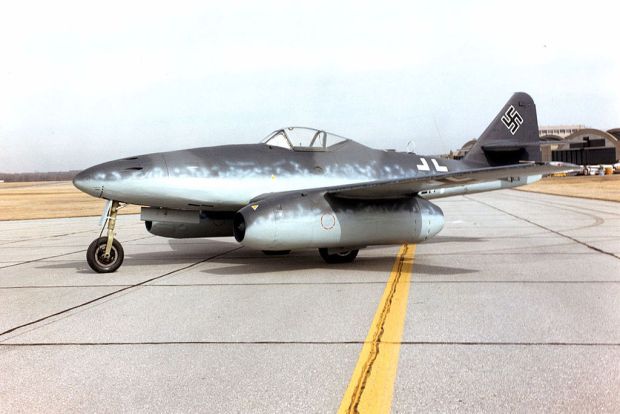 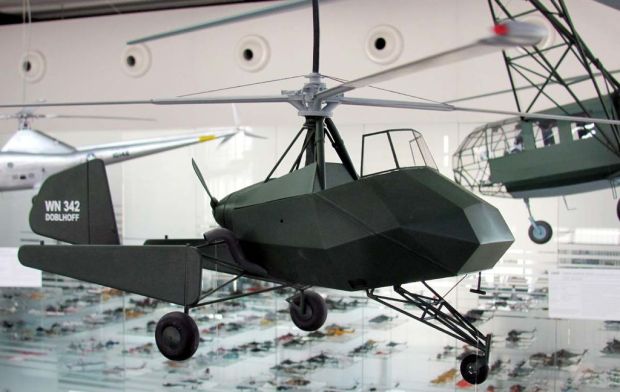