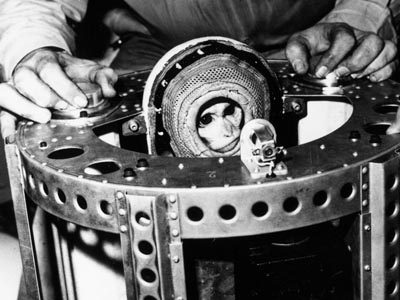 There are many brave astronauts that have participated – and even given their lives – in the quest to put human beings into space. But before those astronauts had a chance to take flight, there was a long line of other creatures that paved the way for human spaceflight. The first living beings were fruit flies, which were sent up along with some seeds of corn in 1947 to test the effects of radiation on DNA. The container of flies flew aboard a V2 rocket to a height of 106 miles (171 km), and the capsule was recovered with the flies alive and well. 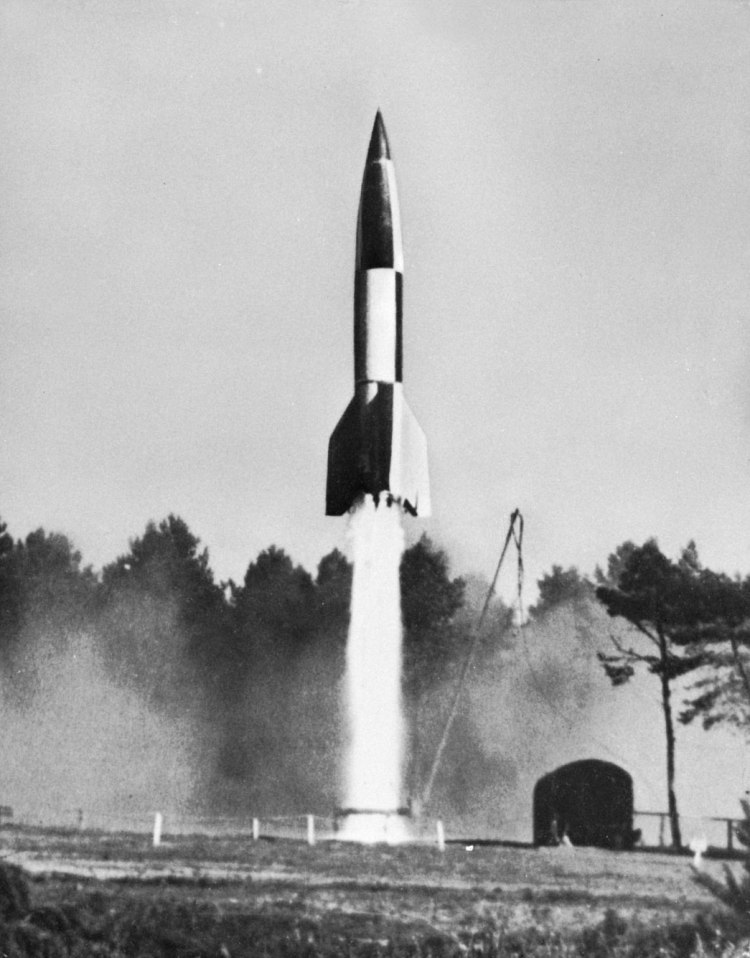 The first monkey to be sent successfully into space was Albert II, a male rhesus monkey, who made it to a height of 83 miles (134 km) on June 14, 1949. Albert II was carried aboard a V2 rocket as well, though his fate was not as lucky as that of the fruit flies: a problem with the parachute on the recovery capsule sadly led Albert II to his death from the force of the impact upon landing.

Albert II was preceded by Albert, whose capsule only made it to a height of 39 miles (63km) on June 11, 1948. Albert did not last long, and possibly suffocated even before his capsule left the ground. Space officially begins at 100 km above the surface of the Earth, and this height is called the Karman Line. After Albert II made it into space, a number of other monkeys, named Albert III, IV, and V all flew aboard rockets, though none survived the flight, either dying on impact or during the flight.

All of the monkeys were anesthetized during their missions, and implants and sensors – as well as cameras on later missions – allowed scientists to study the effects of weightlessness and radiation at high altitudes on living creatures. Without the sacrifice of these animals, there would have been much loss of human life during the space program.