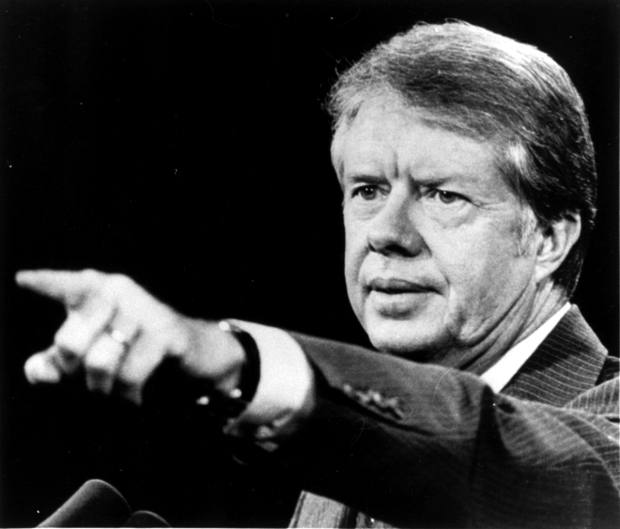 I have to be honest the title is not 100% correct because Jimmy Carter was not President yet , it happened a few years before he took office.

On the 18th of September in 1973, future President Jimmy Carter files a report with the National Investigations Committee on Aerial Phenomena (NICAP), claiming he had seen an Unidentified Flying Object (UFO) in October 1969. 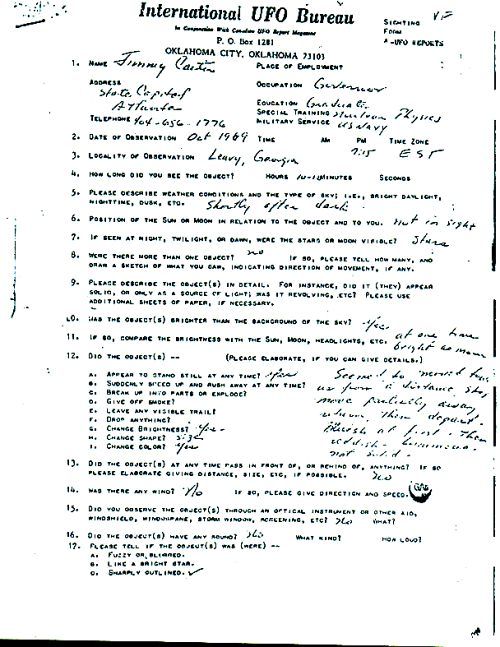 During the presidential campaign of 1976, Democratic challenger Carter was forthcoming about his belief that he had seen a UFO. He described waiting outside for a Lion’s Club Meeting in Leary, Georgia, to begin, at about 7:30 p.m., when he spotted what he called “the darndest thing I’ve ever seen” in the sky. Carter, as well as 10 to 12 other people who witnessed the same event, described the object as “very bright [with] changing colors and about the size of the moon.” Carter reported that “the object hovered about 30 degrees above the horizon and moved in toward the earth and away before disappearing into the distance.” He later told a reporter that, after the experience, he vowed never again to ridicule anyone who claimed to have seen a UFO.

During the presidential campaign of 1976, Carter promised that, if elected president, he would encourage the government release “every piece of information” about UFOs available to the public and to scientists. After winning the presidency, though, Carter backed away from this pledge, saying that the release of some information might have “defense implications” and pose a threat to national security.

In a 2007 interview with CNN, Carter was asked about his UFO sighting, to which he replied: “It was unidentified as far as we were concerned, but I think it’s impossible in my opinion — some people disagree — to have space people from other planets or other stars to come to us. I don’t think that’s possible.