I can’t think of any other political family who had to endure the amount of tragedies as the Kennedys did.I will not go into the details of the assassination of President KennedyLyndon B. Johnson because so much is already written about it, I will focus more on some of the events which happened in the aftermath.

But before I do that I will touch a small bit on the Kennedy history prior to November 22 1963.

JFK was not the first Kennedy who had his live cut short .On August 12, 1944 Joe Kennedy Jr was killed in action during WWII.

Another Kennedy who is often forgotten is Patrick Bouvier Kennedy , the last child of United States President John F. Kennedy and First Lady Jacqueline Bouvier Kennedy. Patrick died only a few months before his dad, on August 9 1963.

He was born on August 7  the 20th anniversary of the day the Navy had rescued his Father in World War II.

The swearing in and the inauguration of Lyndon B. Johnson 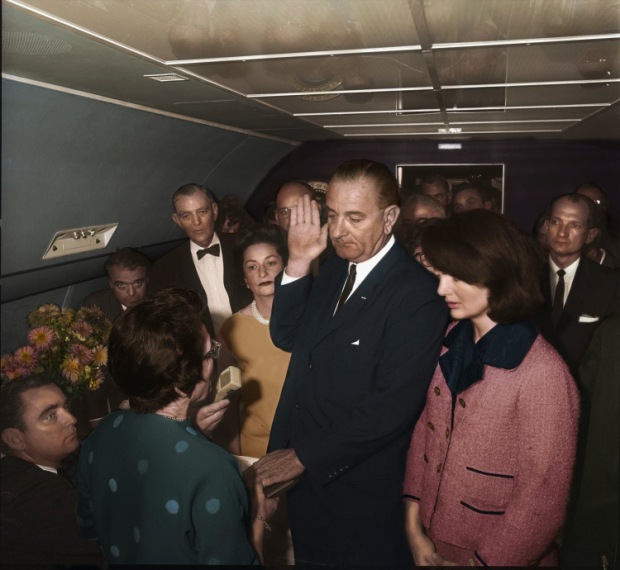 In the hospital, Johnson was surrounded by Secret Service agents, who encouraged him to return to Washington in case he too was targeted for assassination. Johnson wished to wait until he knew of Kennedy’s condition; at 1:20 pm he was told Kennedy was dead and left the hospital almost twenty minutes later.

At this point arrangements were made to provide Secret Service protection of the two Johnson daughters (Lynda Bird Johnson Robb and Luci Baines Johnson), and it was decided that the new president would leave on the presidential aircraft because it had better communications equipment. Johnson was driven by an unmarked police car to Love Field, and kept below the car’s window level throughout the journey.

Johnson waited for Jacqueline Kennedy, who in turn would not leave Dallas without her husband’s body, to arrive aboard Air Force One. Kennedy’s casket was finally brought to the aircraft, but takeoff was delayed until Johnson took the oath of office. 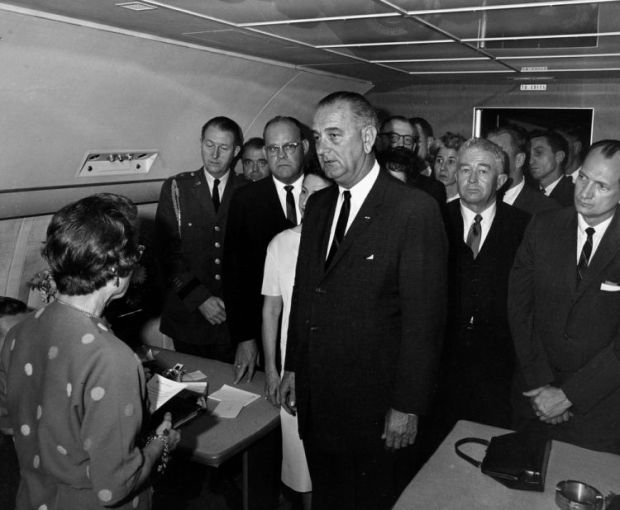 Spare a thought here, Jackie Kennedy who 3 months earlier lost a child and who still had the blood of her husband on her suit had to attend the inauguration of Lyndon B. Johnson on Air Force One. What an amazing woman.

I have heard people say “why couldn’t they wait until they were back at the White House” but legally in order to keep the office of the President of the United States of America in continuation, the vice president most be sworn in as soon as possible. 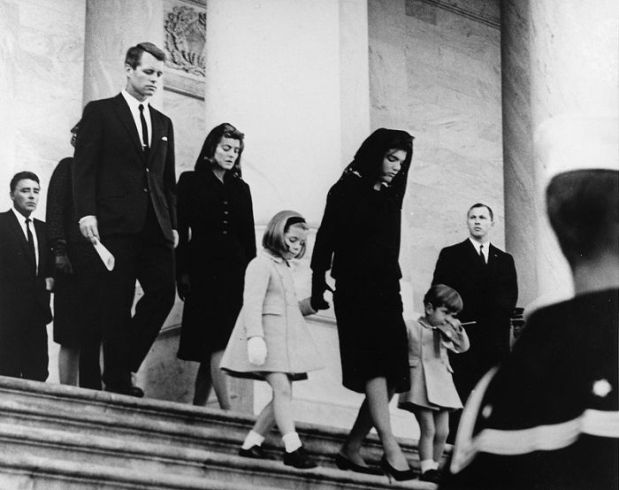 John Jr had his 3rd Birthday 3 days after his Father’s assassination. The state funeral was held , on John Jr.’s third birthday. In a moment that became an iconic image of the 1960s, John Jr. stepped forward and rendered a final salute as his father’s flag-draped casket was carried out from St. Matthew’s Cathedral. 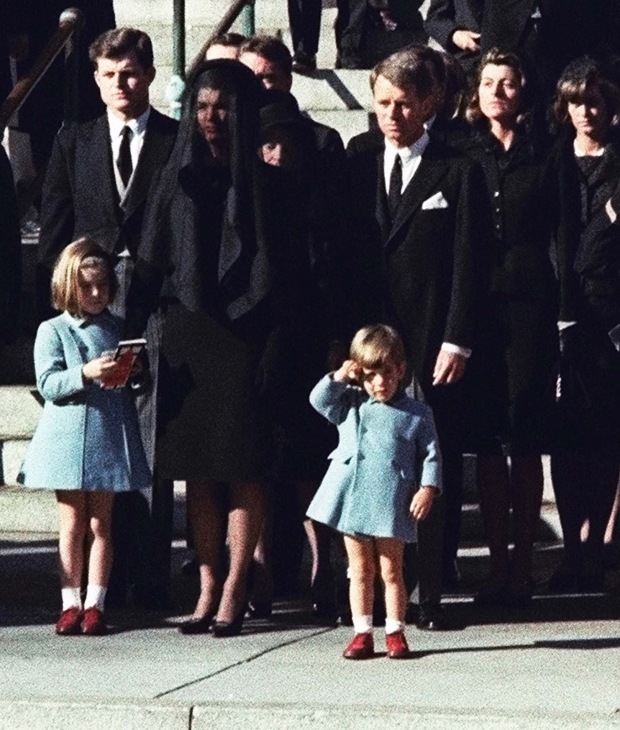 John Fitzgerald Kennedy Jr died  On July 16, 1999,when the airplane he was piloting crashed into the Atlantic Ocean off the coast of Martha’s Vineyard, Massachusetts. The two passengers on board, Kennedy’s wife Carolyn Bessette and her sister Lauren, were also killed. The Piper Saratoga light aircraft had departed from Essex County Airport in Fairfield, New Jersey, and its intended route was along the coastline of Connecticut and across Rhode Island Sound to Martha’s Vineyard Airport.

At 12:45 p.m., 15 minutes after Kennedy was shot, Tippit received a radio order to drive to the central Oak Cliff area as part of a concentration of police around the center of the city. At 12:54, Tippit radioed that he had moved as directed. By then several messages had been broadcast describing a suspect in the killing of Kennedy as a slender white male, in his early thirties, 5 feet 10 inches (1.78 m) tall, and weighing about 165 pounds (75 kg). Oswald was a slender white male, 24 years old, 5 feet 9 inches (1.75 m) tall, and an estimated weight of 150 pounds (68 kg) at autopsy.

At approximately 1:11–1:14 p.m.,Tippit was driving slowly eastward on East 10th Street — about 100 feet (30 m) past the intersection of 10th Street and Patton Avenue — when he pulled alongside a man who resembled the police description.Oswald walked over to Tippit’s car and apparently exchanged words with him through an open vent window. 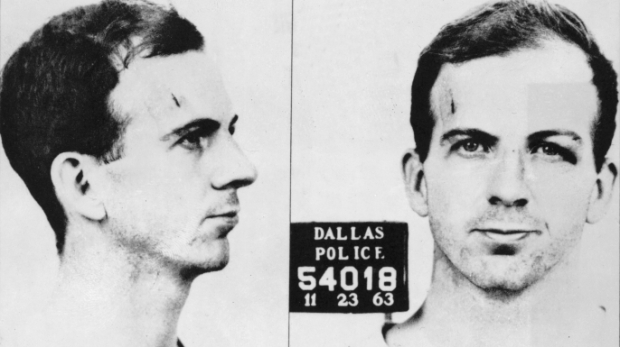 Tippit opened his car door and as he walked toward the front of the car, Oswald drew his handgun and fired four shots in rapid succession. One bullet hit Tippit in the chest, one in the stomach, another in his right temple (one bullet hit a button and did not penetrate his skin). Tippit’s body was transported from the scene of the shooting by ambulance to Methodist Hospital, where he was pronounced dead at 1:25 p.m. by Dr. Richard A. Liguori.

I know there are gazillions of conspiracy theories and every one is free to believe them. I however tend to stick with the facts.