Pardon the pun in the title but I couldn’t resist.

On December 23  1888, Dutch painter Vincent van Gogh, suffering from severe depression, cut off the lower part of his left ear with a razor while staying in Arles, France.He later documented the event in a painting titled Self-Portrait with Bandaged Ear. 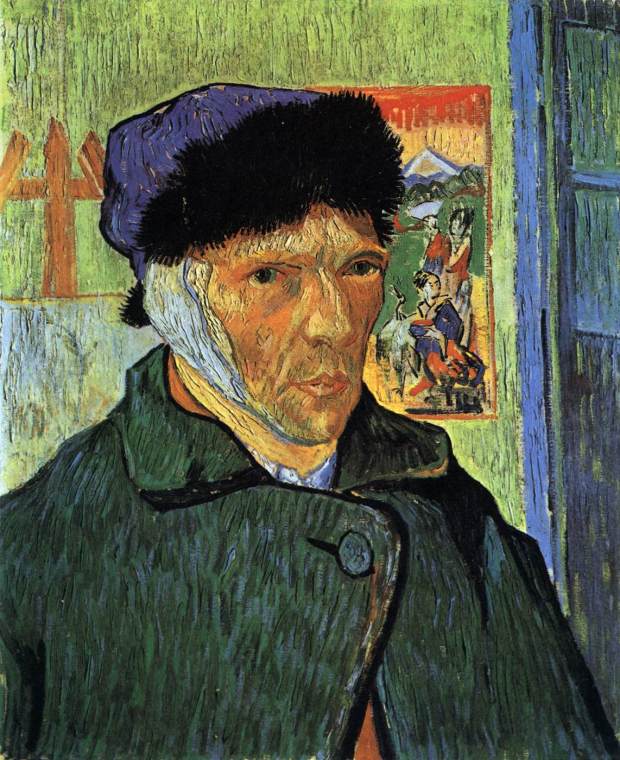 Van Gogh and Gauguin visited Montpellier in December 1888, where they saw works by Courbet and Delacroix in the Musée Fabre.Their relationship began to deteriorate; Van Gogh admired Gauguin and wanted to be treated as his equal, but Gauguin was arrogant and domineering, which frustrated Van Gogh. They often quarrelled; Van Gogh increasingly feared that Gauguin was going to desert him, and the situation, which Van Gogh described as one of “excessive tension”, rapidly headed towards crisis point.

The official version about van Gogh’s legendary act of self-harm usually goes that the disturbed Dutch painter severed his left ear lobe with a razor blade in a fit of lunacy after he had a row with Gauguin one evening shortly before Christmas 1888.

Bleeding heavily, van Gogh then wrapped it in cloth, walked to a nearby bordello and presented the severed ear to a prostitute, who fainted when he handed it to her.

He then went home to sleep in a blood-drenched bed, where he almost bled to death, before police, alerted by the prostitute, found him the next morning.

He was unconscious and immediately taken to the local hospital, where he asked to see his friend Gauguin when he woke up, but Gauguin refused to see him. 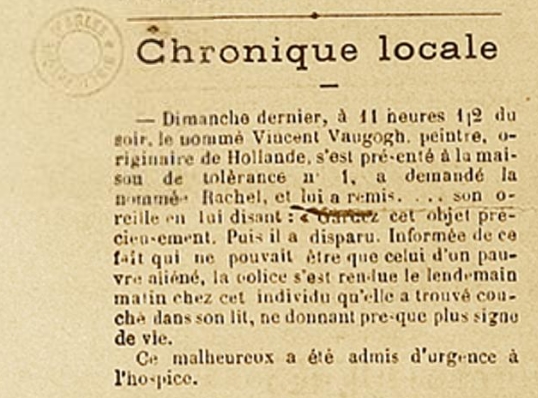 However rumours have it the  Vincent van Gogh may have made up the whole story to protect his friend Gauguin, a keen fencer, who actually lopped it off with a sword during a heated argument.

Some historians say that the real version of events has never surfaced because the two men both kept a “pact of silence” – Gauguin to avoid prosecution.