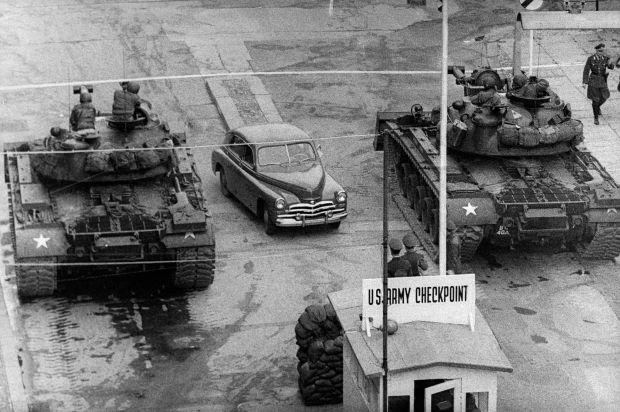 Checkpoint Charlie was first set up in August 1961, when communist East Germany erected the Berlin Wall to prevent its citizens from fleeing to the democratic West. While it was only one of several crossings in and around Berlin—there was also a Checkpoint Alpha and Bravo—Charlie was notable for its location on Friedrichstrasse, a historic street in the American-occupied city center. Even more important was that it was the only gateway where East Germany allowed Allied diplomats, military personnel and foreign tourists to pass into Berlin’s Soviet sector. In response, the United States, France and Britain stationed military police at Checkpoint Charlie to ensure their officials had ready access to the border. The Allied guards spent most of their time monitoring diplomatic and military traffic, but they were also on hand to register and provide information to travelers before they ventured beyond the Wall. 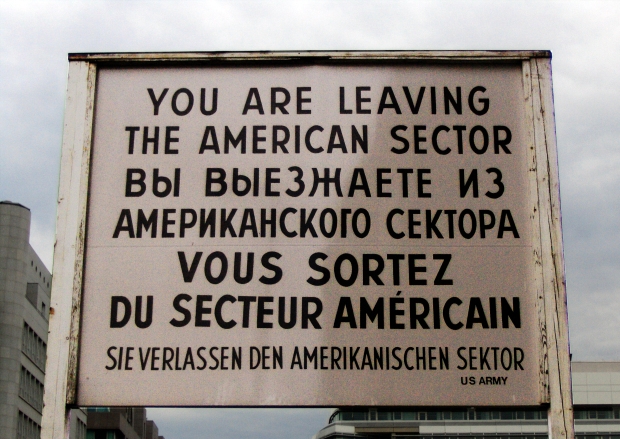 In February 1962, Checkpoint Charlie played a supporting role in one of the most famous prisoner exchanges of the Cold War. The main swap took place at the nearby Glienicke Bridge, where captured American U-2 spy plane pilot Francis Gary Powers was traded for Rudolf Abel, 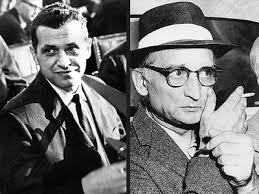 a Soviet who had been arrested in New York and convicted of espionage. As Powers and Abel were crossing the bridge, Soviet officials at Checkpoint Charlie also released Frederic Pryor, an American student who had been arrested by the East German Stasi and mistakenly branded a spy. Checkpoint Charlie was later used for a few other prisoner swaps, and its role as a Cold War trading post became a popular motif in spy novels and films. One of the most famous depictions came in the 1965 film version of author John le Carré’s “The Spy Who Came in from the Cold,” which opens with a British agent being gunned down as he tries to cross the checkpoint. 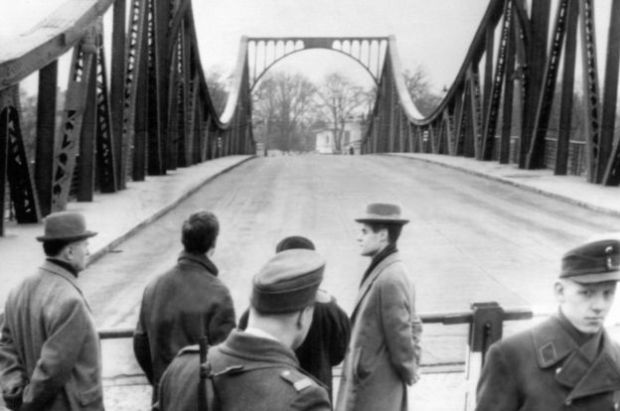 Since Checkpoint Charlie was one of the few gaps in the maze of barriers, barbed wire and guard towers that made up the Berlin Wall, it attracted many desperate East Germans looking to flee to the West. In April 1962, an Austrian named Heinz Meixner snuck his East German girlfriend and her mother across the border by lowering the windshield on a rented Austin-Healey convertible and speeding underneath the checkpoint’s vehicle barrier. 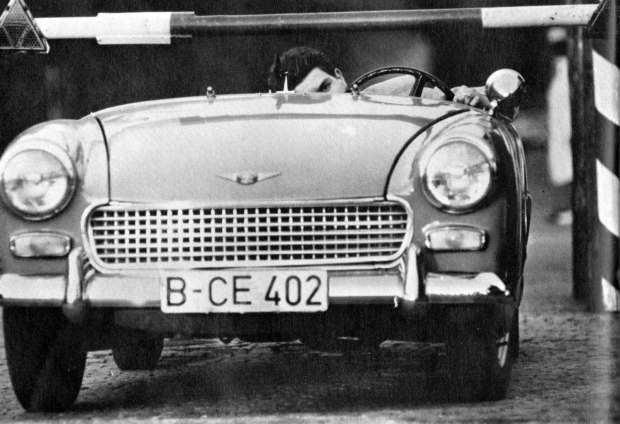 Another man later repeated the stunt before the East Germans added steel bars to the crossing. In another famous getaway, photographer Horst Beyer set up a photo shoot at Checkpoint Charlie and then hopped across the border while pretending to snap pictures. U.S. military personnel were officially forbidden to give aid to escapees, but shortly before the Berlin Wall fell in 1989, an American serviceman named Eric Yaw successfully smuggled an East German father and daughter through Checkpoint Charlie in the trunk of his car. 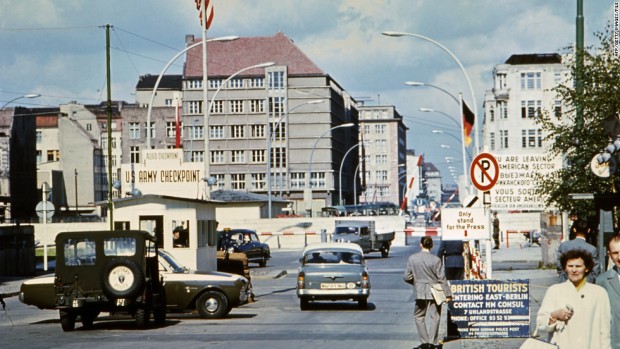