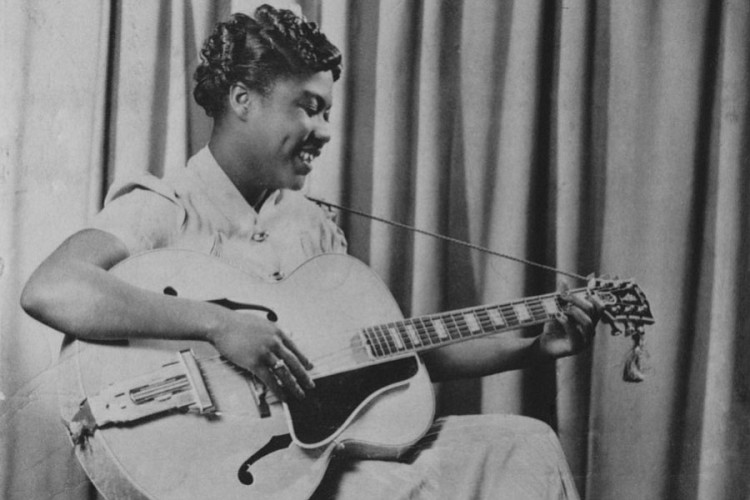 I hang my head in shame. For decades I have been boasting about my knowledge of all things music, and especially rock music,when suddenly it hits me like a wet fish in the face, I KNOW NOTHING.

Well that might be too harsh but the fact is I had never heard of one of the founders of Rock and Roll before,Sister Rosetta Tharpe.

Chuck Berry borrowed her guitar stylings. Little Richard said she was responsible for his career. Elvis was influenced by her. Who was the real Sister Rosetta Tharpe?

Born Rosetta Nubin in Cotton Plant, Arkansas in 1915, the young prodigy was performing gospel music with her mother at churches and revivals by age six, when the two moved north to Chicago. Tharpe’s singing and guitar style developed with both rural and urban elements, which gave her a broad appeal. In her teens, she married a preacher, who she…