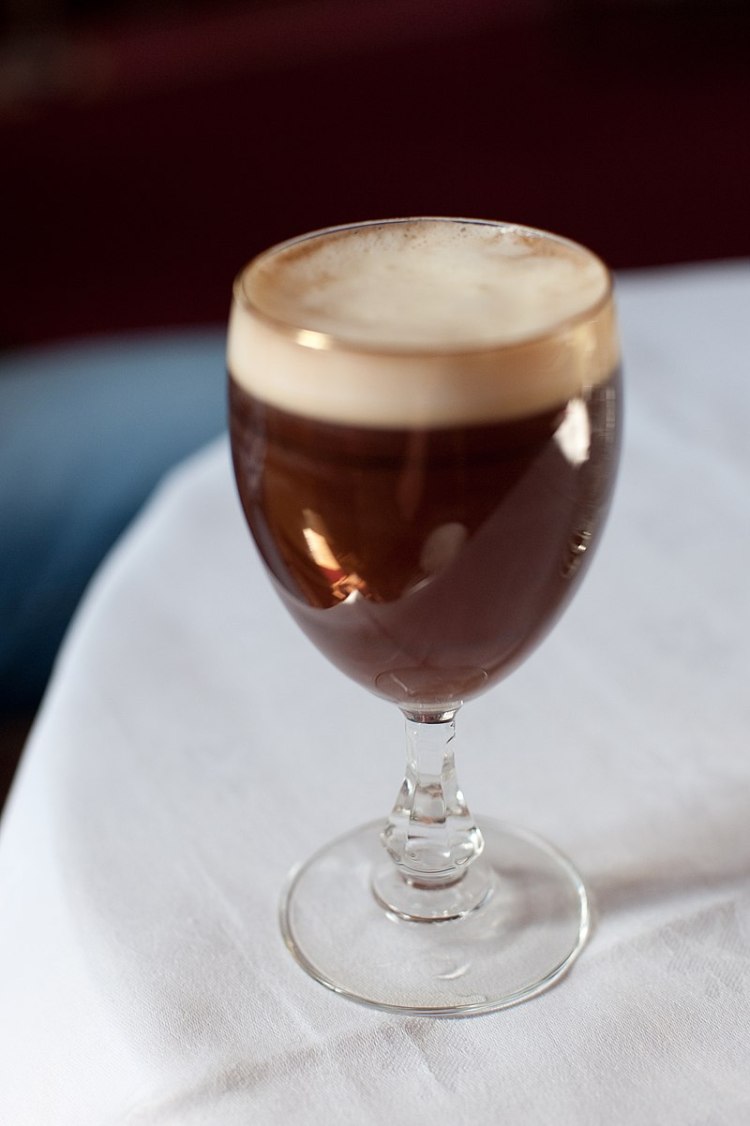 Who doesn’t know that warm beverage called Irish Coffee? Often mistakenly credited to the Hollywood actress Maureen O’Hara as having invented it. However the only connection Maureen has with it is her is O’Hara’s husband, Captain Charlie Blair, who was one of the pilots who used to fly the sea planes into Foynes, and flew the last commercial sea plane out of Foynes.Co. Limerick,Ireland.

The drink was ‘invented’ by Joe Sheridan, a head chef at the restaurant and coffee shop in the Foynes AirbaseFlying boat terminal building.

In 1943, Brendan O’Regan opened a restaurant and coffee shop in the Foynes terminal building. It quickly became regarded as one of the best restaurants in Ireland. Chef Joe Sheridan, originally from Castlederg, County Tyrone, had been recruited by O’Regan to run the kitchen.