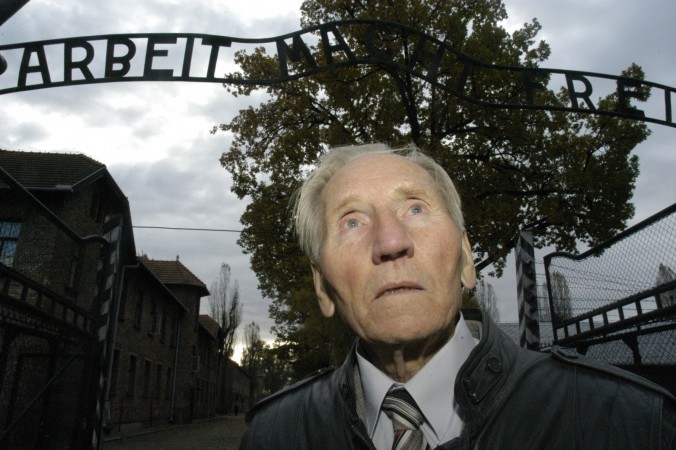 Four Poles, Kazimierz Piechowski, Stanislaw Gustaw Jaster, Józef Lempart, and Eugeniusz Bendera, escaped on June 20, 1942 after breaking into an SS storeroom and stealing uniforms and weapons. In disguise, they drove away in a vehicle that they stole from the SS motor pool, and reached the General Government. Jaster carried a report that Witold Pilecki had written for AK headquarters.

On the Saturday morning of 20 June 1942, exactly two years after his arrival, Piechowski escaped from Auschwitz I along with two other Poles, Stanisław Gustaw Jaster ,

veteran of Invasion of Poland in rank of first lieutenant from Warsaw; Józef Lempart ,a priest from Wadowice; and Eugeniusz Bendera , a car mechanic from Czortków, now Ukraine. Piechowski had the best knowledge of the German language within the group, and held the command of the party.