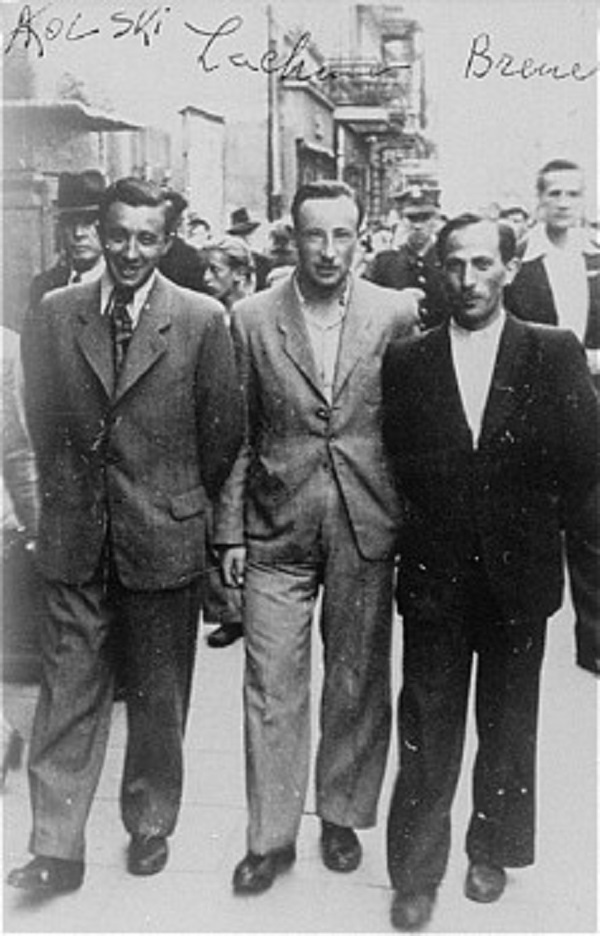 What a lot of people don’t realize is that the Holocaust wasn’t a sudden event but a gradual one.Most of the victims looked just like any one else in society therefor in order for the Nazis to identify Jews,Jehovah Witnesses,Homosexuals and other victims. they needed the help of the public servants who worked in the citizens registration office throughout the occupied countries.

Another thing that is often overseen is the psychological terror  and anxiety endured by the victims, since 1933 they would have asked themselves the question “When will they come for me?” because most of them knew being arrested and deported would have been inevitable.Also for those who helped them.

The picture above is of three participants in the Treblinka uprising who escaped and survived the war. Warsaw, Poland, 1945.

Below are just some of the victims. They are in all age groups,some survived and others didn’t. But even…