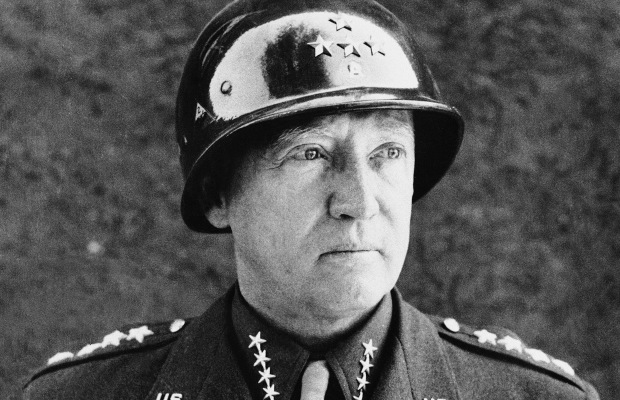 On Aug. 3, 1943, Lt. Gen. George S. Patton slapped a soldier who was hospitalized for psychoneurosis, accusing him of cowardice. The incident nearly ended Patton’s career..

Lt. Gen. George S. Patton, commander of the Seventh U.S. Army, visited a military hospital in Sicily on Aug. 3, 1943. He traveled past the beds of wounded soldiers, asking them about their injuries. Coming to the bed of a soldier who lacked visible signs of injury, Patton inquired about his health.

The soldier, 18-year-old Pvt. Charles H. Kuhl, had been tentatively diagnosed as having a case of psychoneurosis. He told Patton that he couldn’t mentally handle the battle lines. “It’s my nerves,” he said. “I can hear the shells come over but I can’t hear them burst.” 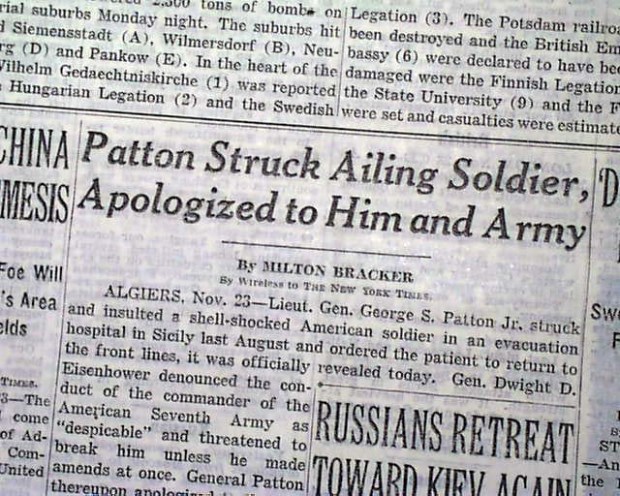 Enraged, Patton slapped Kuhl across the face and called him a coward.

(scene from the movie “Patton” about the incident) 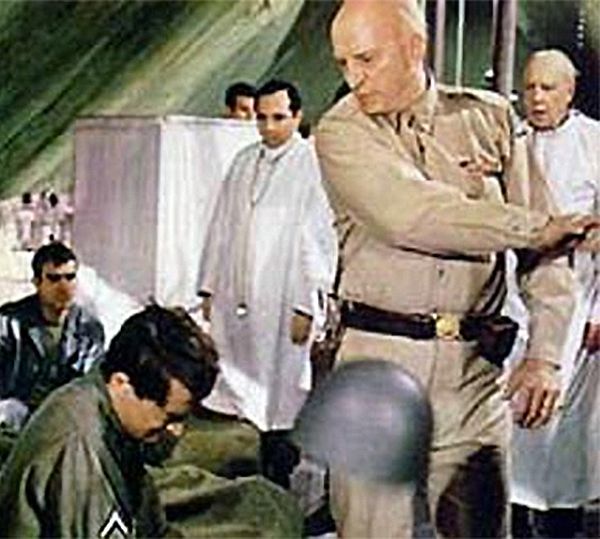 As Patton left the tent, he…