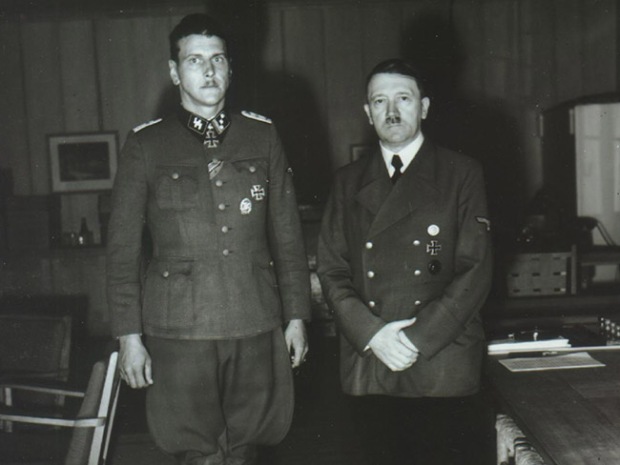 Not an easy man to miss, Skorzeny stood 6 foot 4 inches tall and weighed 250lbs. And he was known as “Scarface” for a reason. He had a long, distinctive scar on his left cheek.

Born in Vienna in 1908, Skorzeny joined the Austrian Nazi party in the early 1930s. At the outbreak of the war he was involved in fighting on the Eastern Front, taking part in the German invasions of Yugoslavia and the Soviet Union.

By April 1943 he had been made head of German special forces, in charge of a unit of elite SS commandos.

In July 1943, he was personally selected by Hitler from among six German Air Force (Luftwaffe) and German Army (Heer) special agents to lead the operation to rescue Italian dictator…