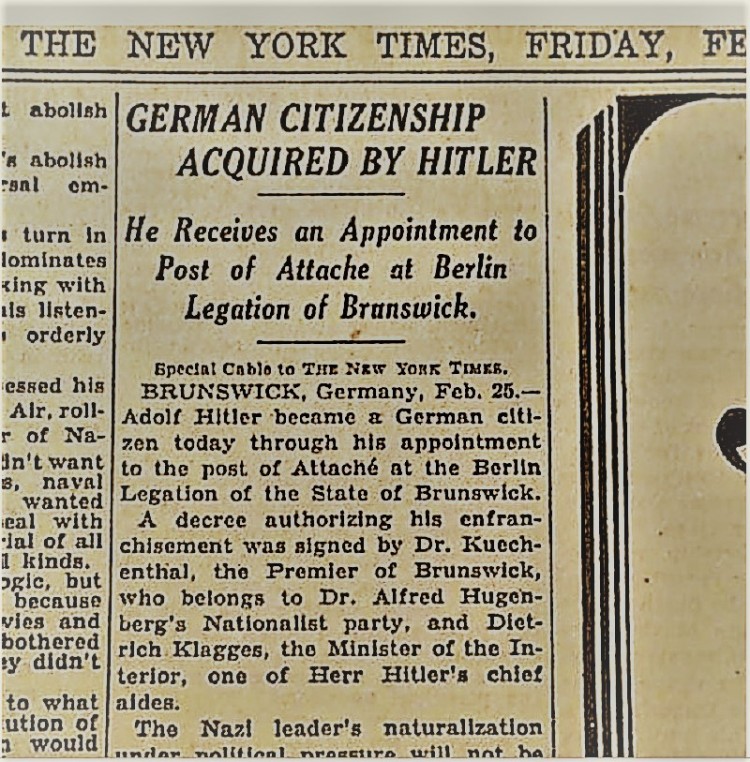 The title of this blog could be from any fictitious novel. A children’s book or even a fairy tale, but it actually describes a bizarre reality which caused so much destruction.

The story of Hitler’s naturalization process resembles something of a farce. On April 7 1925 he had given up his Austrian citizenship, it was only on February 1932 he received his German citizenship. This means for 7 years he had been stateless, technically had had been an illegal immigrant. At any stage in that period he could have been deported, however instead of deportation he managed to become the leader of one of the biggest political parties.

On 25 February 1932, Dietrich Klagges, who was the interior minister of Brunswick and  a member of the NSDAP, appointed Hitler as administrator for the state’s delegation to the Reichsrat in Berlin, making Hitler a citizen of Brunswick, and also of Germany.