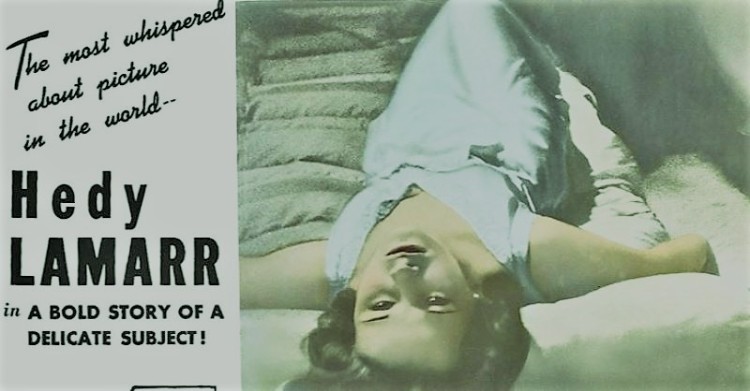 I have already done a blog on how Hedy Lamarr was imvolved in developing and patenting a technology which was a front runner of something we now commonly call WiFi. That on its own makes her a remarkable woman, but there is so much more to her.

In 1933 she starred in a Czech  romantic drama called Ecstasy. She was 19 at the time but even at that young age she produced a first in movie history.Ecstasy was highly controversial at the time  because of scenes in which Lamarr(then still called Hedy Kiesler) swims in the nude and runs through the countryside naked. It is also  the first non-pornographic movie to portray sexual intercourse and female orgasm, to be released in main stream cinema. Although nudity was not uncommon in European movies, the erotic nature of Ecstasy was a first.Causing outrage in both Hitler’s Germany ,the United States and the…