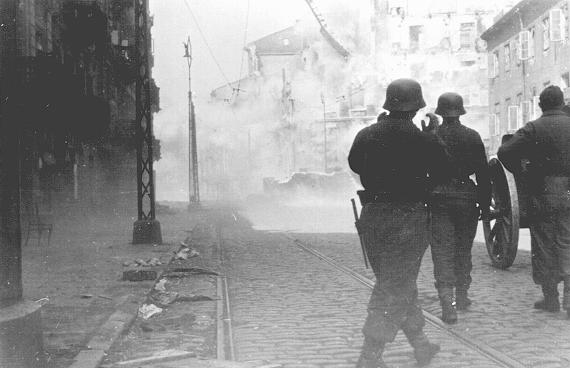 13,000 Jews were killed in the ghetto during the uprising (some 6,000 among them were burnt alive or died from smoke inhalation). Or died trying to escape the fire, in the picture below you can see a man jumping out of the window from a…