Although this probably isn’t forgotten by historians and WWII aficionados, I think that at large it is forgotten by most others and especially the younger generations.

Although his name would indicate a Jewish origin it was never proven he was from Jewish descend.

Alfred Ernst Rosenberg ( 12 January 1893 – 16 October 1946) was a Baltic German theorist and an influential ideologue of the Nazi Party. Rosenberg was first introduced to Adolf Hitler by  Dietrich Eckart. 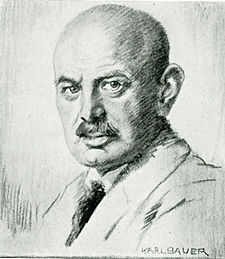 He later held several important posts in the Nazi government. He is considered one of the main authors of key National Socialist ideological creeds, including its racial theory, persecution of the Jews, Lebensraum, abrogation of the Treaty of Versailles, and opposition to degenerate modern art. He is known for his rejection of and hatred for Christianity,having played an important role in the development of German Nationalist Positive Christianity.At Nuremberg he was sentenced to death and executed…