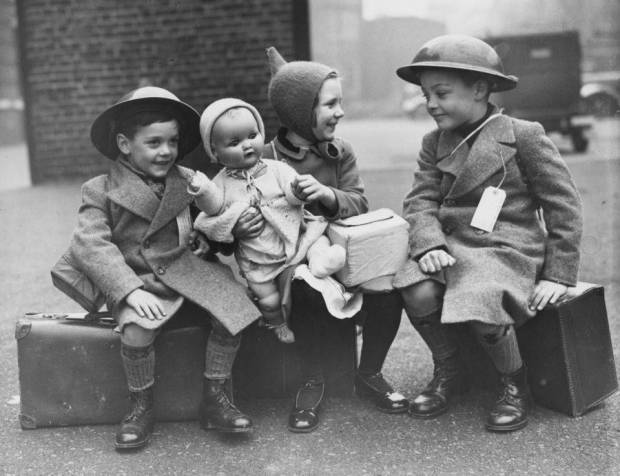 A child is born with no state of mind,blind to the ways of mankind.

The only ‘crime they committed was being born at the wrong time,in the wrong place and sometimes to the wrong parents.

The picture above is of three young evacuees sit on their suitcases ready for their journey away from the danger of the city. England. 1940.

An elderly woman and several children walk to the gas chambers of Auschwitz-Birkenau. Poland. 1944.

A horde of children wearing gas…