Depending where you live in Europe the war officially ended on the 8th or 9th of May 1945.The German instrument of surrender was signed at Reims, 7 May 1945. 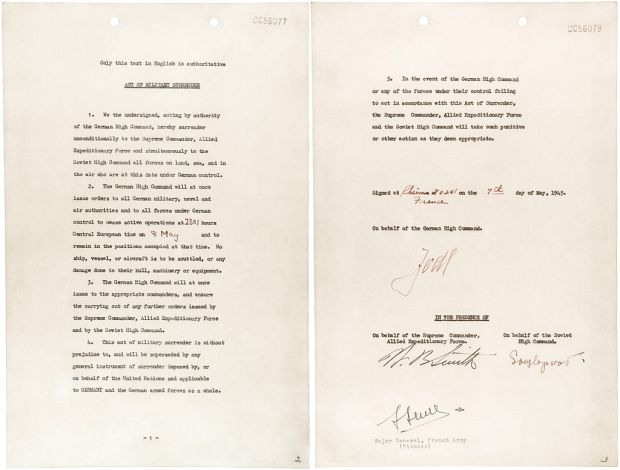 Field Marshall Wilhelm Keitel signed the final surrender terms on 8 May 1945 in Berlin.

However the Soviet Union allocated the 9th of May to be VE Day.

In the pacific the formal surrender occurred on September 2, 1945 around 9 a.m. Tokyo time, when representatives from the Empire of Japan signed the Japanese Instrument of Surrender in Tokyo Bay aboard USS Missouri.

However the effects of WWII were still felt years afterwards and one could argue they are still noticeable today.

German Wehrmacht General Anton Dostler is tied to a stake before his execution by a firing squad in a stockade in Aversa , Italy …