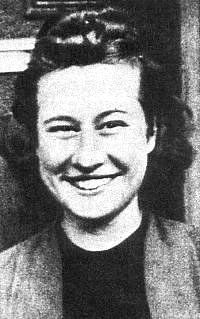 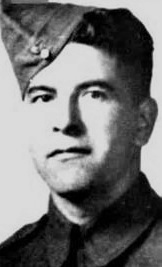 August Sangret (28 August 1913 – 29 April 1943) was a French-Canadian soldier  of North American Indian ethnic origin, convicted and subsequently hanged for the September 1942 murder of 19-year-old Joan Pearl Wolfe in Surrey, England. This murder case is also known as the Wigwam Murder.

The murder of Joan Pearl Wolfe became known as “the Wigwam Murder” due to the fact the victim had become known among locals as “the Wigwam Girl” through her living in two separate, improvised wigwams upon Hankley Common in the months preceding her murder, and that these devices proved to have been constructed by her murderer.The case also involved the famous British Pathologist Professor Keith Simpson. 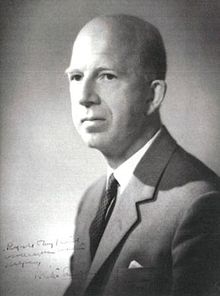 On 7 October 1942, two soldiers were strolling on Hankley Common (near Godalming, Surrey) when they noticed an arm protruding from a mound of earth. A badly decomposed fully-clothed woman was found to have been loosely buried up on the mound. 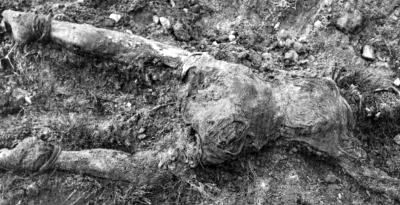 Professor Keith Simpson concluded that the woman had been stabbed with a hooked-tipped knife, and that she was then killed with a heavy blunt instrument. He also deduced that the attack had occurred elsewhere, and the woman’s corpse dragged to the ridge where it was buried. The woman was eventually identified as Joan Pearl Wolfe, who was living rough in a crude shelter made of tree branches, and so the newspapers gave her the nickname of “Wigwam Girl”.

The police search of Hackney Common found the dead woman’s Identity Card and a letter to a Canadian soldier called August Sangret. The letter informed Sangret that she was pregnant.

Wolfe became engaged to a Canadian soldier: Francis Hearn. Hearn returned to Canada promising to marry her; she wore a ring that he had given her and she sometimes referred to herself as his wife.

On 17 July 1942, the day after Hearn left for Canada, Wolfe met Sangret for the first time in a pub in Godalming. They talked and walked through a local park. They had sex that night and parted company having arranged to meet again. As very often happened, Wolfe did not keep her next date, but Sangret met her again by chance a few days later when she seemed to be on a date with another soldier named Hartnell. The three conversed for some time and then Hartnell left. Sangret and Wolfe met regularly.

Well, my dear, I hope I am forgiven for not turning up to see you last night, but I was in the police station five hours and they did not help me. I was walking along the road and suddenly came over queer. I fainted for the first time in my whole life. The brought me to the hospital here. They are going to examine me. I shall know whether I am all right or not then. I hope you will come and see me, as I really want to see you very much and being in bed all day is awful. You can come any night between 6-7 p.m. and Sunday afternoon. Please try and come. I have your picture on the locker beside me. The nurses know you are my boy friend, they told me to tell you to come and see me. You have to tell them my name and ask for Emergency Ward. Well, hoping to see you soon, I will say au revoir. God bless you. Love Joan.

Wolfe was not ill; she was, apparently, pregnant.

(Although pathologists who later examined Wolfe’s body were unable to determine whether she had been pregnant at the time of her death, had she been so at the time she wrote this letter on 26 July, Sangret—having known Wolfe for just nine days—could not have fathered the child. If Wolfe was indeed pregnant, the father of the child would likely have been Francis Hearn.)

When Wolfe was released from hospital, the couple spent a great deal of time together. Sangret made a shack or wigwam in woodland behind the officers lines. 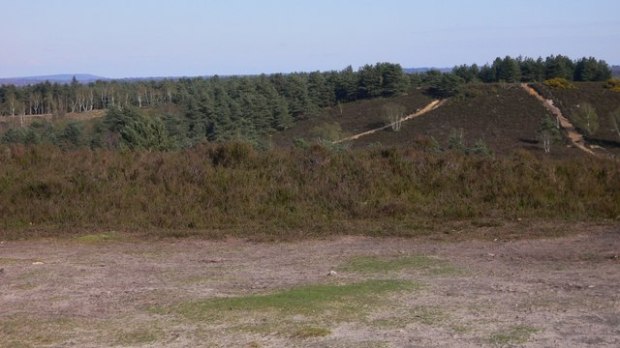 Here Wolfe would stay most of the time and Sangret would visit whenever he could, including many nights when he should have been in camp. The couple talked about their future plans, including marriage. When they could not meet, Wolfe sent letters to Sangret that would be read out by Sergeant Hicks. Wolfe got work, but she was totally unreliable and her various employments only lasted a few days. Wolfe drifted away for a few days to London and soon after she returned she was again picked up by the police and spent a few more days in hospital — not because she was ill, but simply so that she would be looked after.

When Wolfe returned, the couple were discovered in a wigwam by Private Donald Brett, a soldier attached to the military police. Brett told them to disassemble the wigwam and move away. Wolfe was once again taken to a hospital by the police. By the time she returned, Sangret had built a second wigwam made waterproof with his rain cape and gas cape. When Wolfe returned, the couple walked into town to try to find a room in town without success. That evening, Wolfe was detained by the military police who questioned her; she was sent to a hospital again and Sangret was arrested for “keeping a girl in camp”.

The couple had to explain themselves to the authorities, they explained that their plans included getting married and they were treated sympathetically. On leaving hospital, Wolfe again returned to Sangret. They tried again to find a room in town, but ended up sleeping together in an unlocked cricket pavilion. Over the next two weeks, they spent a number of nights at the old pavilion and then, on 14 September, Wolfe disappeared. The affair between Sangret and Wolfe had lasted 81 days.

Sangret was arrested and taken to Godalming police station. He was interviewed at length by inspector Edward Greeno. The questioning went on for days and Sangret’s statement, which was then the longest statement ever made, took a policeman five days to write out in longhand. Sangret was charged with Wolfe’s murder. 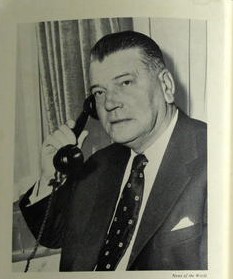 When the police interviewed Sangret, he admitted having intimate relations with the girl and living with her tree wigwam. A heavy birch branch, with blood stains, was found near the body’s grave. Sangret’s recently washed battledress was found to have blood stains. Finally on 27 November 1942, a hooked-tip knife was found blocking a waste pipe.

August Sangret was charged with Wolfe’s murder and tried during February 1943. He was found guilty of murder, with a recommendation to mercy, and sentenced to death by hanging. The Home Secretary choose to disregard the jury’s recommendation. Sangret was hanged at Wandsworth Prison on 29 April 1943

Preliminary hearings were held at Guildford on 12, 13, 19 and 20 January 1943. With the committal proceedings complete, Captain Creasey noted in his diary that the case was “medium strong, circumstantial case only.”

The judge finished his summary with the words:

That the girl (Wolfe) was murdered is not in dispute; that she was murdered by some man is also quite plain; and the only question you have to determine is: Have the Crown satisfied you beyond all real doubt that the prisoner, August Sanget, is the man who murdered her?

I can only conclude by saying what I said at the beginning; when dealing with a case of circumstantial evidence you must be satisfied beyond all doubt before you find the prisoner guilty. If you come to the conclusion that, on the facts as proved to you, no real doubt is left in your minds that his was the hand which slew this unhappy girl, then you will convict him.

The jury, who took two hours to reach their verdict, made a strong recommendation to mercy. Before sentence of death was passed, Sangret declared, “I am not guilty. I never killed that girl.”

Sanget’s appeal was heard on 13 April. The appeal was dismissed and the jury’s appeal for mercy was not a matter for the courts, but for the Home Secretary. Then Home Secretary Herbert Morrison found the jury’s recommendation surprising, even inexplicable. Seeing no good reason to interfere, he let the law take its course. 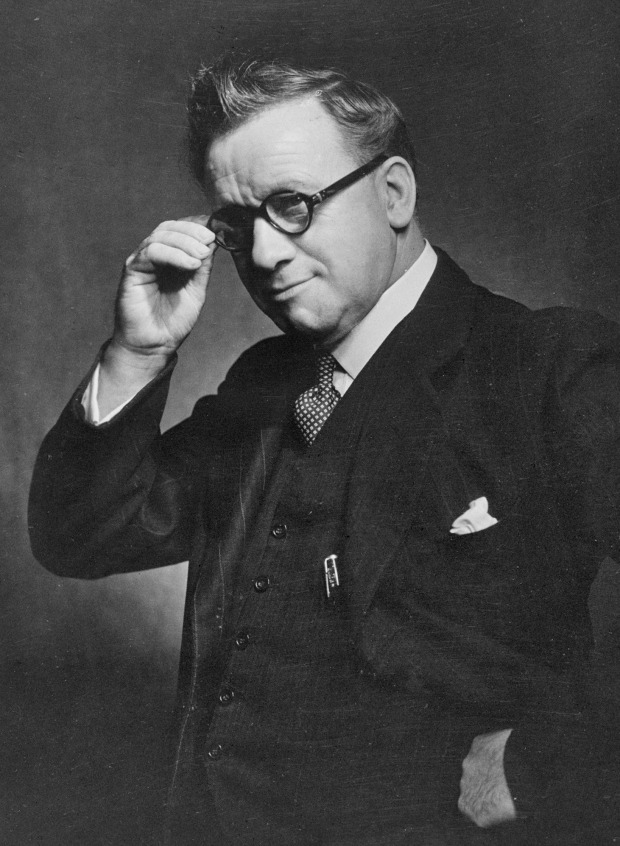 Sangret was held in the condemned cell at Wandsworth Prison where he was hanged on 29 April 1943. 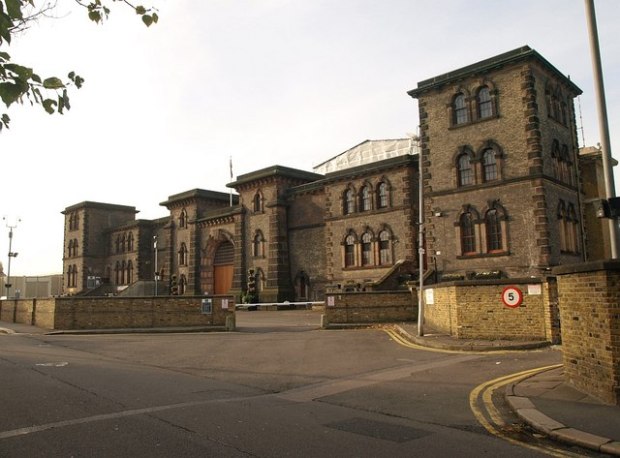 In his memoirs, published in 1960, Edward Greeno made his opinion quite clear:

I had interviewed thousands of people in this case and seventy-four of them went into the witness-box. The case was so watertight that, as Sir Norman Kendal said later, Sanget’s appeal against the death sentence ‘was almost a farce’.

One small doubt remained. Sanget murdered the girl because she was expecting his child—but was she? Was she expecting anybody’s child?

The doctors didn’t think so on the occasion that the police sent her to hospital, and when her body was found it was too late to tell.

But this is certain: Sangret did murder her. He confessed before he died, and this is where I quarrel with the rules. It is never announced when a murderer confesses. But why not? There are always cranks and crackpots to argue that some wicked policeman has framed some poor fellow. So why make an official secret of the fact that the policeman did his job?

Due to the Army not discharging Sangret before his execution, he is commemorated on the Brookwood Memorial. 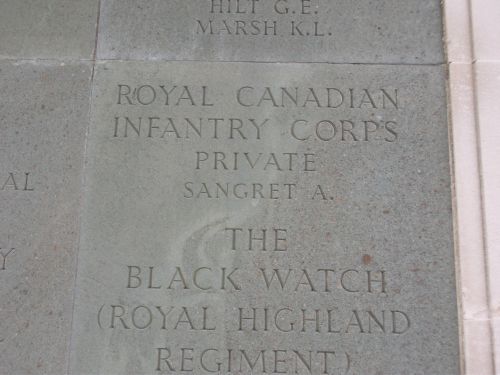