Okay the title might be a bit over dramatic but the story has striking similarities with the Buddy Holly;Ritchie Valens and Big Bopper crash.

On March 5, 1963, country music stars Patsy Cline, Cowboy Copas, and Hawkshaw Hawkins were killed in a plane crash near Camden, Tennessee, United States, along with the pilot Randy Hughes.

The accident occurred as the three artists were returning home to Nashville, Tennessee, after performing in Kansas City, Missouri.

It was operating as a non-scheduled passenger cross-country business flight under visual flight rules to its destination of Nashville, 411 nautical miles (761 km; 473 mi) to the southeast. Later that afternoon the aircraft landed at Rogers Municipal Airport in Rogers, Arkansas to refuel and departed 15 minutes afterwards.

Pilot Hughes later made contact with Dyersburg Regional Airport in Dyersburg, Tennessee and landed there at 5:05 p.m., where he requested a weather briefing for the remainder of the flight to Nashville. He was informed by Federal Aviation Administration (FAA) employee Leroy Neal that local conditions were marginal for VFR flight and weather at the destination airport was below VFR minimums. Hughes then asked if the Dyersburg airport runways were lighted at night in case he had to return and Neal replied that they were. The pilot then informed Neal he would fly east towards the Tennessee River and navigate to Nashville from there, as he was familiar with the terrain in that area. Hughes expressed concern with a 2,049-foot (625 m) high television transmitting tower north of Nashville, then stated that he would attempt the flight and return if the weather conditions worsened.

After refueling, the passengers and pilot reboarded the Piper Comanche.(Picture below is a Piper Comanche but not the actual plane used by Hughes) 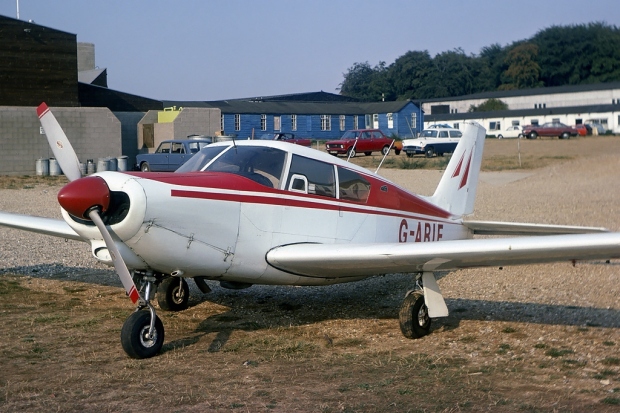 Hughes requested another weather briefing by radio then taxied into position and took off at 6:07 p.m. After takeoff, there was no further radio contact with N7000P. The reported weather at that time was a ceiling of 500 feet (150 m), visibility of 5 miles (8.0 km), temperature of 43 °F (6 °C; 279 K), gusty and turbulent wind from the east at 20 miles per hour (17 kn) and cloudy.Several minutes later an aviation-qualified witness, approximately 4 miles (6.4 km) west of Camden, heard a low-flying aircraft on a northerly course. The engine noise increased and seconds later a white light appeared from the overcast, descending in a 45 degree angle.

The impact completely destroyed the aircraft and all four occupants aboard were killed. The witness described hearing a dull-sounding crash, followed by complete silence.

After the witness notified the Tennessee Highway Patrol, two law enforcement officers performed a preliminary search of the area around 7 p.m., but they found nothing. By 11:30 p.m., a search party was organized consisting of the Highway Patrol, Civil Defense and local officers who searched the area throughout the night. At 6:10 a.m. on March 6, the wreckage was discovered. A three-foot hole indicated the area of initial impact and debris was scattered over an area 166 feet (51 m) long and 130 feet (40 m) wide.

During the FAA investigation, it was found the aircraft’s propeller contacted a tree 30 feet (9.1 m) above the ground while the aircraft was in a 26-degree nose-down attitude. The right wing then collided with another tree 32 feet (9.8 m) to the right, causing the plane to become inverted. The downward angle increased to 45 degrees and the Comanche hit the ground at an estimated speed of 175 miles per hour (282 km/h), about 62 feet (19 m) from the initial contact.

Inspection of the air frame and engine disclosed that the aircraft was intact and the engine was developing substantial power before impacting the trees. Investigators found no evidence of engine or system failure or malfunction of the aircraft prior to the crash. It was determined the plane was slightly over maximum gross weight when it departed Dyersburg Regional Airport, but this fact had no bearing on the crash.

An autopsy of the pilot discovered no physical or medical concerns that could have been a factor in the accident.

Investigators believe that Hughes entered an area of deteriorating weather with low visibility and lost his visual reference with the ground. This induced spatial disorientation and eventually led to a graveyard spiral with the aircraft entering into a right hand diving turn, with a nose-down attitude of 25 degrees. When the aircraft cleared the clouds, Hughes attempted to arrest the high descent rate by pulling the nose up and applying full power but it was too late. The FAA investigators later found evidence that the propeller was at maximum rpm during impact.

The FAA’s final conclusion was the non-instrument-rated pilot’s attempted visual flight in adverse weather conditions, resulting in disorientation and subsequent loss of control.