Hitler maintained three residences during the Third Reich: the Old Chancellery in Berlin, his Munich apartment, and Haus Wachenfeld (later the Berghof), his mountain home on the Obersalzberg. 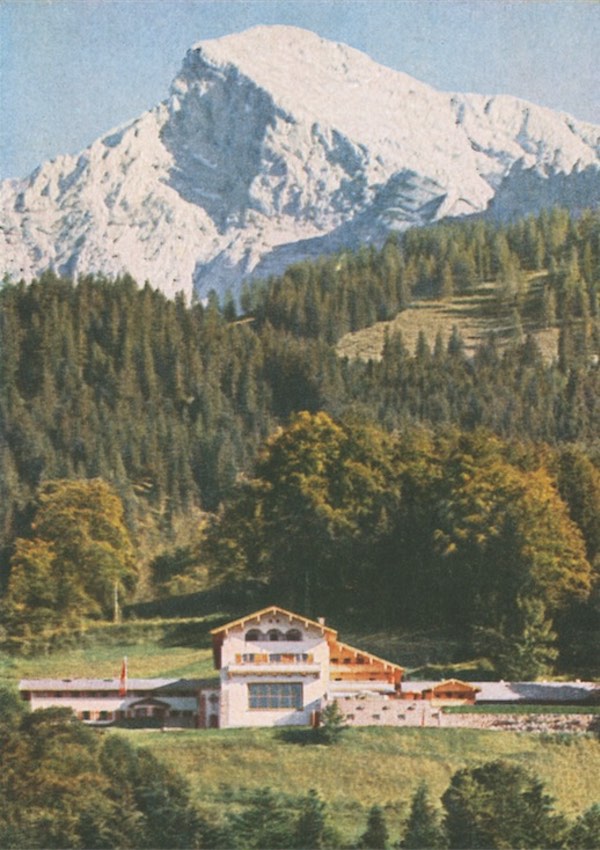 Hitler asked his neighbor Karl Schuster, the owner of the Türken Inn, to sell him a piece of his adjacent property. Schuster refused on the grounds of having six children to consider, but offered to let Hitler use the land for free. Despite having supported the National Socialist Party in its early years and been a member since 1930, as well as having known Hitler personally for a decade, Schuster soon learned that old loyalties meant little to the Führer when someone stood in his way.

A month after Schuster refused Hitler’s request, he found himself accused of having insulted the drunken SA and SS men who frequented his inn. The incident triggered a boycott by the Berchtesgaden chapter of the NSDAP, whose members blocked the hotel’s entrance and forced out guests and staff, leaving only the family within. When they tried to leave, they were hit by rocks and spat upon by the pilgrims waiting near Haus Wachenfeld. Ostensibly because of the threat to his safety, Karl Schuster was taken into “protective custody” and imprisoned for two weeks. Hitler, meanwhile, refused all contact with his neighbor, and as the hotel’s finances went into the red, Schuster sought out buyers. Offers evaporated, however, when local officials made clear that the hotel’s license would not be renewed.

Finally, Angela Raubal, Hitler’s sister, who lived with him at Haus Wachenfeld—and who was wholly unsympathetic to her neighbor’s plight but aggrieved by how it inconvenienced her—notified Martin Bormann, Hitler’s private secretary and manager of his Obersalzberg properties.

Bormann compelled Schuster to sell him the inn and, after the family left in November 1933, transformed it into barracks for Hitler’s SS bodyguards.

The Schuster family was forbidden to resettle anywhere near the Berchtesgaden region, and its adult members were compelled to sign an agreement not to speak about having been Hitler’s neighbor or about their expulsion. When Schuster did confess to his new neighbors, who were suspicious of a man who refused to talk about his past, he was again imprisoned.

Around Berchtesgaden, by contrast, talk about the family’s treatment was spreading, prompting the town’s NSDAP chapter in January 1934 to publish a notice in the local newspaper forbidding any further discussion of the Schuster case. Those who disobeyed were warned that they would be labeled enemies of the state and sent to the Dachau concentration camp,including Karl Schuster.

When the Gestapo arrested him,Schuster’s wife laid down in front of the vehicle in an attempt to stop them,but to no avail.

Karl Schuster, a broken man, blamed himself for his family’s ruin and died of a heart attack in 1934, at the age of 58.