Checkpoint Charlie  was the name given by the Western Allies to the best-known Berlin Wall crossing point between East Berlin and West Berlin during the Cold War (1947–1991).

East German leader Walter Ulbricht agitated and maneuvered to get the Soviet Union’s permission to construct the Berlin Wall in 1961 to stop Eastern Bloc emigration and defection westward through the Soviet border system, preventing escape across the city sector border from communist East Berlin into West Berlin.

Checkpoint Charlie became a symbol of the Cold War, representing the separation of East and West. Soviet and American tanks briefly faced each other at the location during the Berlin Crisis of 1961.

In October 1961, border disputes led to a standoff and for 16 hours the world was at the brink of war while Soviet and American tanks faced each other just 300 feet (100 meters) apart. On August 1961 Washington and its British and French allies had failed to prevent the Soviets building the Berlin Wall. On October 27, after several days of escalating U.S. rebuffs to East German attempts to get American officials to show identification documents before entering East Berlin (thus indirectly acknowledging East German sovereignty, rather than Soviet occupation authority) ten U.S. M-48 tanks took up position at Checkpoint Charlie.

By now, American officials were deeply alarmed by the potential consequences. General Clay of the American troops was reminded by Washington that Berlin was not so “vital” an interest to be worth risking a conflict with Moscow. President Kennedy approved the opening of a back channel with the Kremlin in order to defuse what had blown up. As a result, the Soviets pulled back one of their T55s from the eastern side of the border at Friedrichstrasse and minutes later an American M48 also left the scene. Soon the rest of the Soviet tanks withdrew, followed shortly by reciprocal withdrawal of the U.S. tanks.

Khrushchev had been equally uninterested in risking a battle over Berlin. In return for Kennedy’s assurance that the west had no designs on East Berlin, the Soviet leader tacitly recognized that allied officials and military personnel would have unimpeded access to the East German capital. 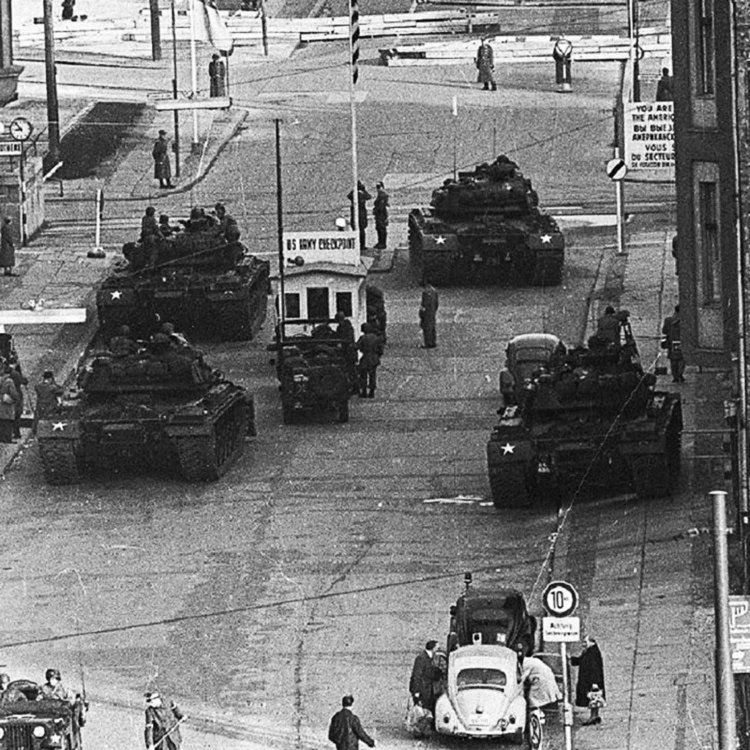 The Berlin crisis arose from what one may term “objective factors” – the fact that West Berlin was an anomalous Western enclave well to the east of the Iron Curtain, precipitating a clash of concrete interests of the Soviet Union and the West. The confrontations of armed tanks facing off at Checkpoint Charlie is, however, an excellent illustration of how “subjective factors” such as differing perceptions and beliefs of the two sides also contributed to tension – and could even have precipitated war.

Although the wall was opened in November 1989 and the checkpoint booth removed on June 22, 1990,the checkpoint remained an official crossing for foreigners and diplomats until German reunification during October 1990 when the guard house was removed; it is now on display in the open-air museum of the Allied Museum in Berlin-Zehlendorf. 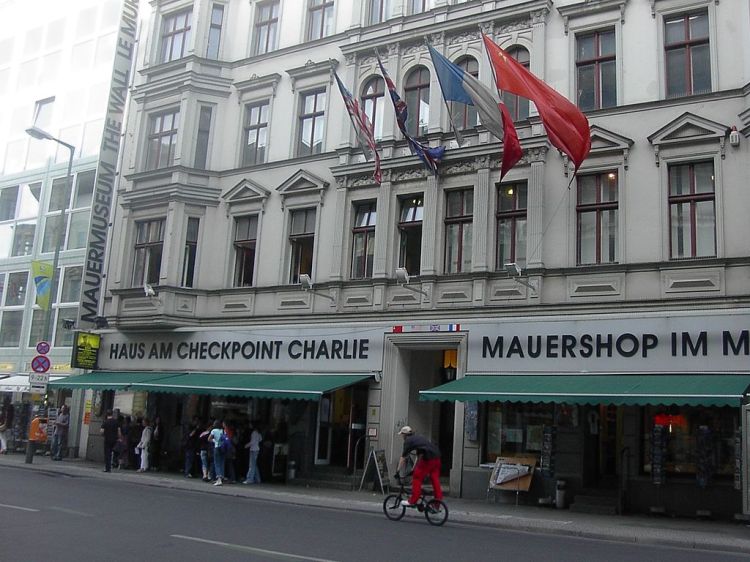 One thought on “The standoff at Checkpoint Charlie”