After Japan invaded the Dutch East Indies, the Japanese occupier put 100,000 Dutch people in camps. There were separate camps for prisoners of war, for men and boys ages ten years and older and for women and children. 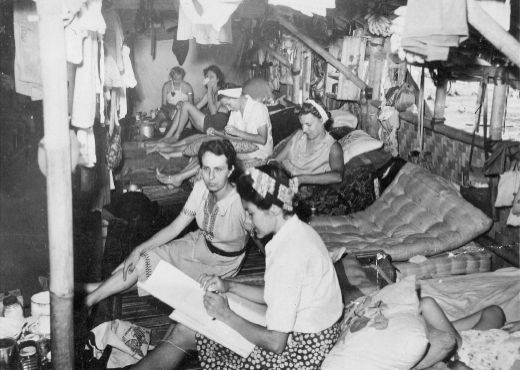 Helen Lotichius-Sokolowski was sent to the women’s camp Banjoe Biroe 10, near the city of Semarang on the island of Java. This Belorussian woman had married the Dutchman Nout Lotichius in Japan. She spoke Russian, Japanese, Dutch, French, German, English and Malaysian.

To pass the time friends in the camp embroidered signatures, scenes and texts on each other’s clothing, so also on this blouse that belonged to Helen. 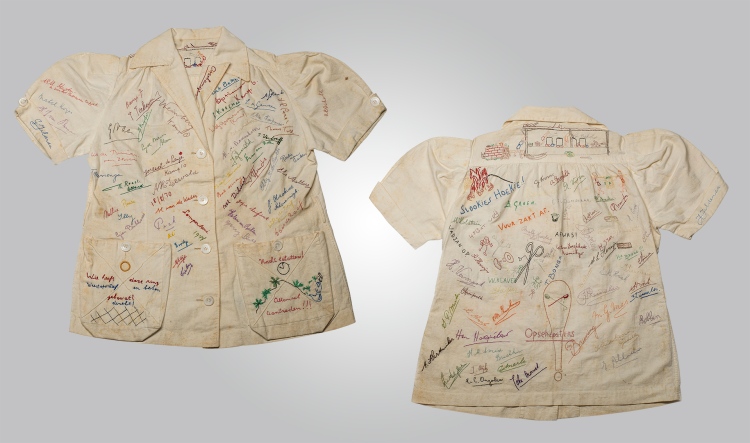 Because she spoke Japanese, she was forced her to work as an interpreter. This placed Helen in an impossible position because the Dutch camp leadership also wanted her to provide information about the Japanese. But she was afraid to help them. This led to both her camp mates and the Japanese no longer trusting her: she was even tortured by the Japanese. When the war ended, because of her language skills, she became the assistant of the British Wing-Commander Tull. He was responsible for safeguarding Allied prisoners of war and internees until the Allies arrived to officially accept the Japanese surrender. Working for him helped restore her self-esteem.

One thought on “Helen Lotichius-Sokolowski-Stuck between a rock and a hard place.”