The Ku Klux Klan has survived for more than 150 years. Its ideology of hatred and white supremacy continued to keep attracting new members through the Holocaust, the civil rights movement, and on past the election of America’s first black president. It seems unbelievable that hatred could live on for that long, that anyone in the modern world could put on white robes, burn crosses, and still spread manifestos that call for an all-white America.

But hatred often starts at home. Since 1865, countless children across America have been born into the Ku Klux Klan. They’ve been raised by parents who pass down a moral code created in the days of slavery. From birth, these children are fully immersed in the Klan.

The pictures below illustrate child’s lives in the KKK. They also show that contrary to popular believe, the Ku Klux Klan were not only operating in the Southern States.

A mother looks on as her seven-month-old child is baptized into the Klan. 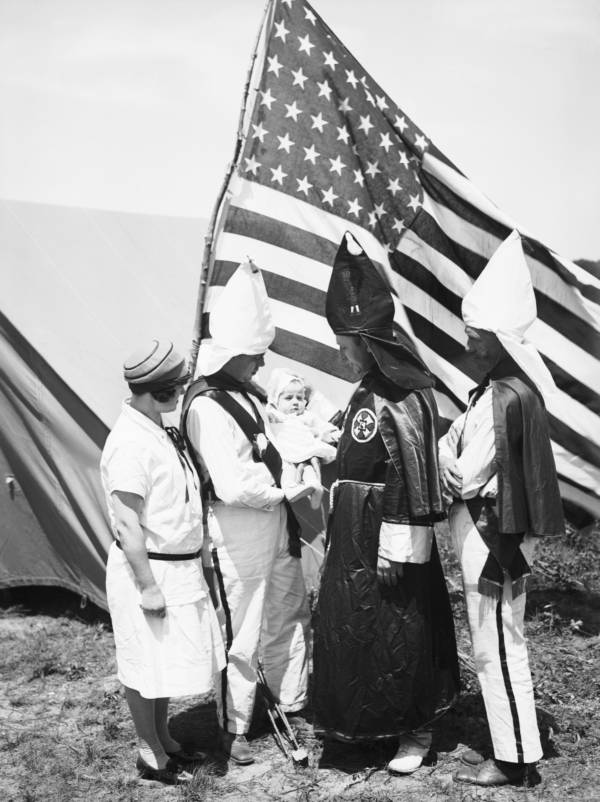 Two children — in the original caption, labelled as “mascots” of the Ku Klux Klan — stand with the Grand Dragon.

A young girl in robes drinks a Coca-Cola while she and her mother watch a Ku Klux Klan rally. 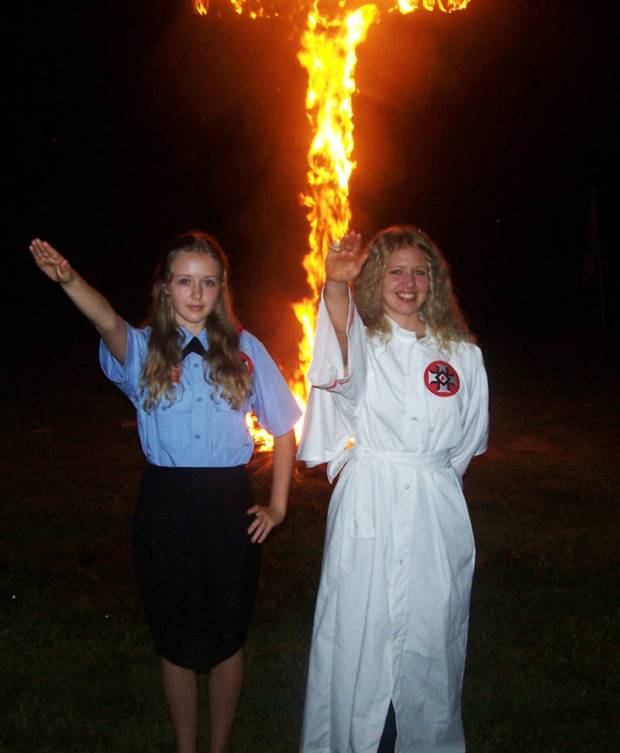 This unidentified Klan woman gets her son dressed up real “cute” in KKK robes and hat. The boy doesn’t seem to be too happy with the outfit, if you can judge by the expression on his face. 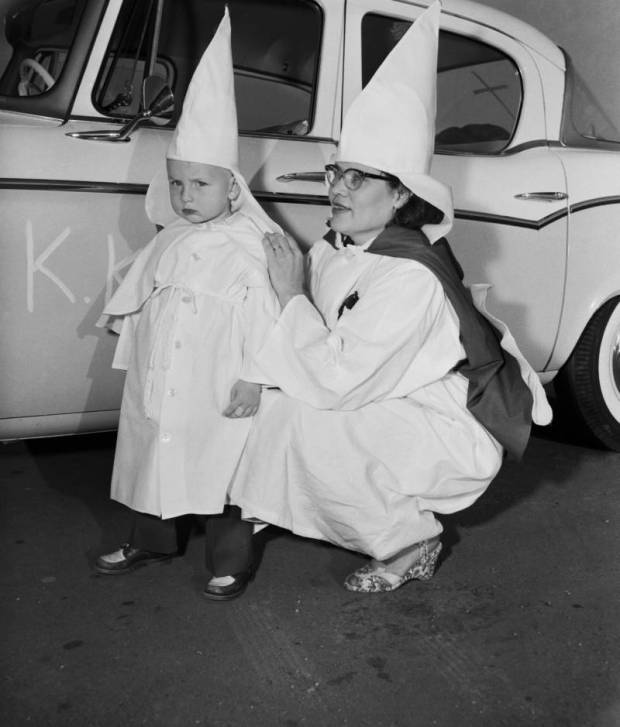 A child is initiated into the Ku Klux Klan.

Seven-year-old Perry Blevens sticks his head out the car window, showing off the sign that calls for “no integration.” 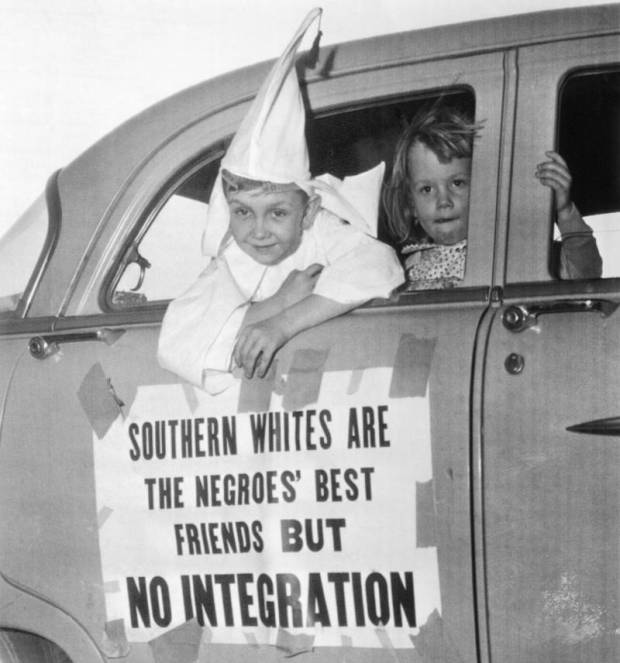 A police officer stops to talk to a young boy about the Klan.

The young boy was curious about the rally marching by. But after talking to the officer, he changed his mind and went home instead of being lured into the Klan.

A mother and her child hold hands as they watch a cross burn.