I always like ‘What if?’ scenarios. What if Joe Kennedy Jr would not have embarked on his last mission, would we be remembering the assassination of JFK? Or would Joe Kennedy have been President of the USA?

The story of the Kennedy family is not only tragic it is also amazing and its legacy still lives on today.

High expectations were placed on the first born son of Joseph and Rose Kennedy. In the wake of his support for the pre-war policy of appeasement, Joseph P. Kennedy knew he would never be President.

He seamlessly transferred his ambition to his children, anointing the oldest, Joe Jr, as his proxy for the White House. Joe Jr was living the Ivy League life of the east coast social elite until the call to England interrupted his idyllic lifestyle as President Roosevelt appointed the elder Kennedy to be his ambassador to England. Joseph Sr placed huge pressure on Joe Jr, instilling his Irish American insecurities on his son to always compete and win. In peace and war, Joe Jr’s pursuit of excellence propelled him forward. War hero was the next expectation place on him. 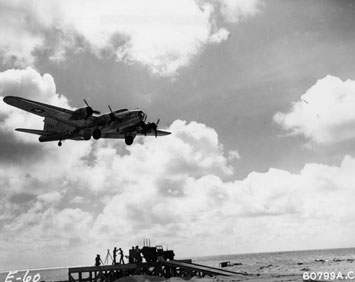 Here’s how it worked: the Navy would load up B-17’s or B-24’s with a ton of explosives, and then control them via radio from a trailing aircraft and steer them into targets kamikaze-style.

There was just one issue, the technology did not exist for these remotely-piloted aircraft to take off. So a crew had to take off the aircraft, get it to a safe altitude, and then parachute from the vessel.

Operation Aphrodite was combat tested program, meaning they tested the development of this new weapon by simply trying to make it happen in actual combat scenarios.

Although Joe Kennedy Sr had asked his son to maybe reconsider this mission, Joe Kennedy Jr had responded that he wanted to do just one more mission and this one was very safe.

and Lieutenant Wilford John Willy took off in a converted B-24 Liberator (the drone versions were designated BQ-8) from Royal Air Force Station Fersfield, near Norwich. Their target was a massive underground military complex called the Fortress of Mimoyecques that had the potential to launch devastating attacks directly at London. Several minutes short of the planned bail out, an electrical fault in the Liberator caused the Torpex to detonate. In a thunderous instant.The single US Navy BQ-8 detonated prematurely over the Blyth estuary, eastern England, killing Lieutenant Joseph P. Kennedy, Jr. and Lieutenant Wilford J. Willy

The irony was that the mission was not necessary because the previous attack on Mimoyecques which initially deemed to be a failure had in fact been succesful.

Tallboy, or Bomb, Medium Capacity, 12,000 lb, was an earthquake bomb developed by the British aeronautical engineer Barnes Wallis and used by the RAF during the Second World War.

On the 6th of  July 1944 –  The tall boy was dropped on the Mimoyecques  V3-weapon targets,believed to be Hitler’s super weapon .Damage was unknown at the time, and efforts continued. In September, allied ground forces found galleries blocked with earth and debris where Tallboys had hit one of the shafts. The V-weapon was revealed to be the V-3 cannon.

A young officer called Earl Olsen had spotted a potentially defect in the control panel of the BQ-8  and reported it to his superiors.But since he wasn’t a high ranking officer and had no official qualifications in electronics his concerns were dismissed, even by Joe Kennedy  himself. What if they just would have listened to Earl Olsen.