Despite all the death and the destruction during WWII and the uncertainty of what the future would hold, so many people were still putting up a brave face and continued their daily lives as best as they could.Or defy the enemy even after being captured.

The picture above was taken after a German bombing raid during the London Blitz, a British woman remains consummately British. She is seen here drinking tea on a pile of rubble. The photo was taken in 1940.

Two American soldiers having a moment of levity during WWII. It’s an odd, but humorous picture.They could still crack jokes

Coca-Cola was popular in America before World War II broke out.

This bottling plant was built in Saipan to supply American troops with Coke in the Pacific theatre.

Heinrich Himmler looks at a young Soviet prisoner of war during an official visit to Shirokaya Street Concentration Camp in Minsk, Belarus, on or about August 15, 1941. You had to be a hard man to look Himmler in the face like that. This is standing for what’s right, this is a single man who, after losing so much, stands up and stares Himmler himself. This image is defiance.

Abandoned boy holding a stuffed animal amid ruins following German aerial bombing of London, 1945.The boy did in fact survive the war and became a truck driver. In the photo he’s sitting outside where his house used to be.

With the German invasion of France, many French citizens fled the country.These French refugees are seen encamped in a quarry. 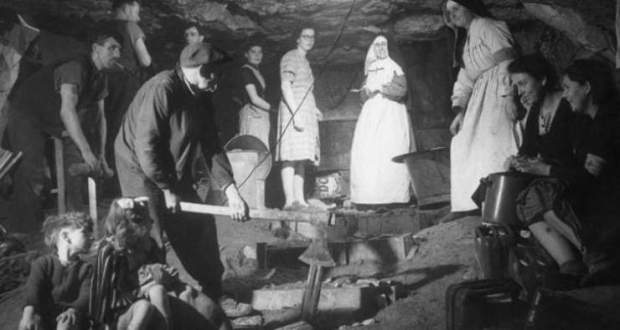 A soldier sits for a meal before the Battle of Normandy. He’s sitting on a stockpile of shells.The photo was taken in May of 1944, in England.he appears to be in a good mood.

A warden gives directions to a mother and her two children during a World War II gas drill in Southend on Marcy 29, 1941. 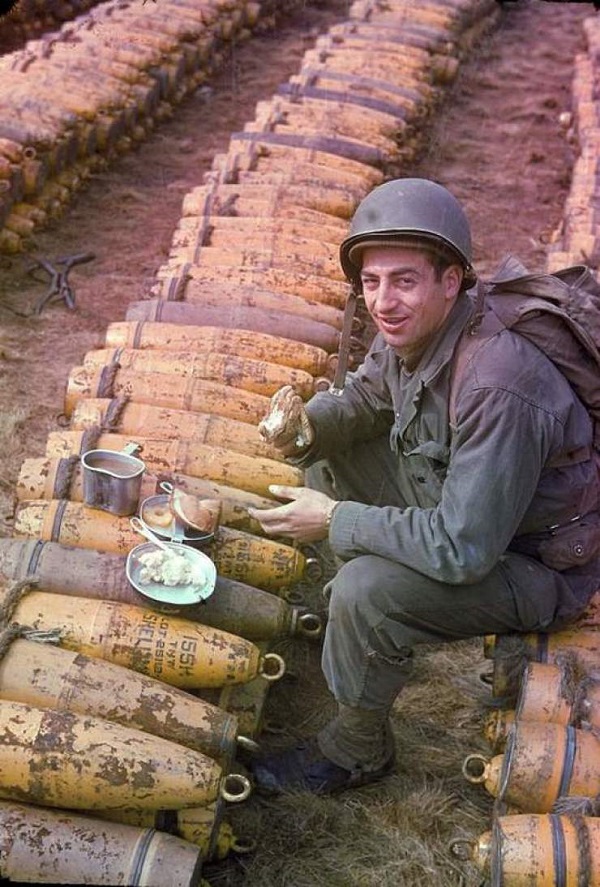 A warden gives directions to a mother and her two children during a World War II gas drill in Southend on Marcy 29, 1941. 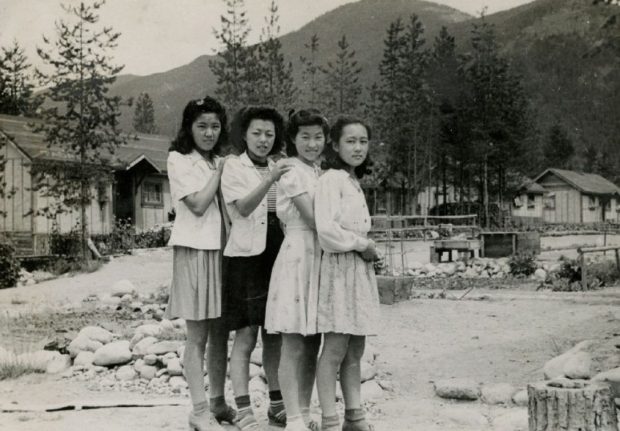 This photo shows how blackout curtains fitted behind ordinary curtains. The girl in this 1943 photo was Doreen Buckner, then aged 7.

British artist Albert Perry at work with some of his pupils during their daily one hour gas mask practice, August 19, 1941 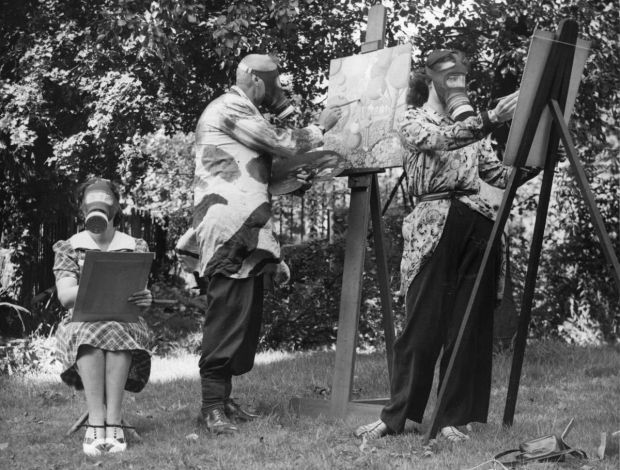 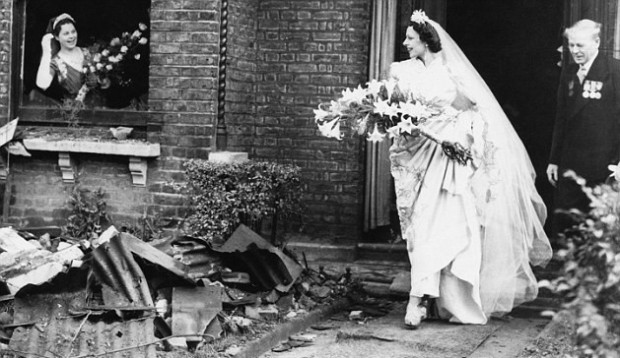 Police escort women and children past a bombsite