The battle of the Netherlands was really best described in biblical terms, it was a fight between David and Goliath. However in this case David lost.

Valiantly the Dutch fought the Germans for 4 days, Although they were poorly equipped and badly organized they kept fighting and caused significant damage to the Germans. 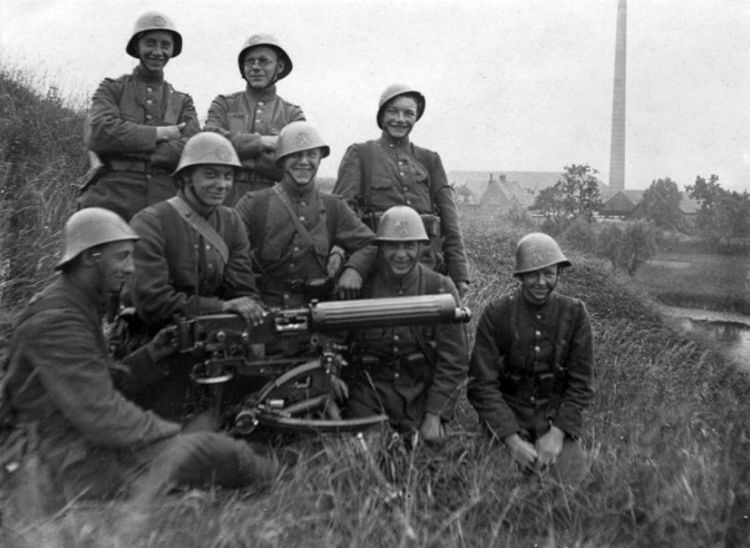 But on May 14,1940 when the Luftwaffe virtually destroyed the Netherlands 2nd biggest city and its economical heart,Rotterdam, the Dutch finally succumbed.

This is a picture of how Rotterdam looked like before the war. 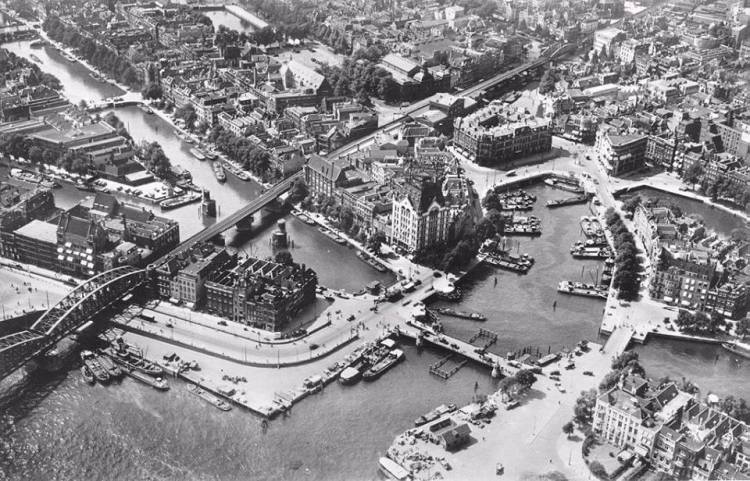 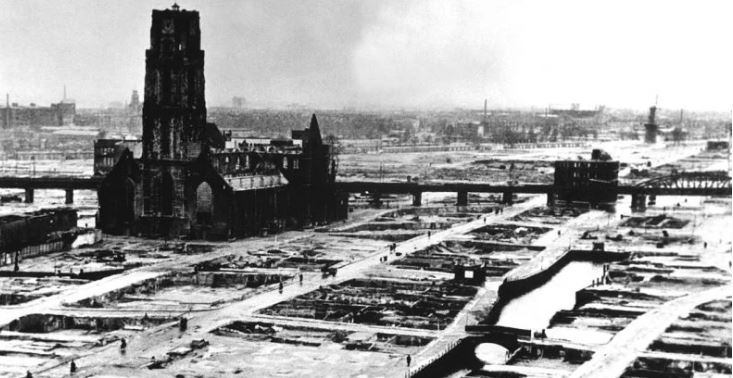 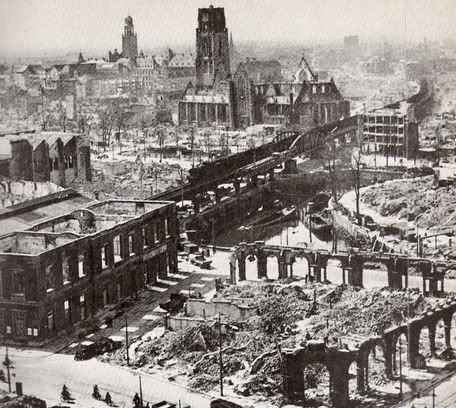 All together 25.479 dwellings were lost in which 77.607 people were housed. Besides that, 26 hotels, 117 boarding houses and 44 lodgings, in which some 2000 people lived, had been destroyed. In total 79.600 persons, who represented 12,8 % of the population of Rotterdam, were left homeless. Of these people, as from June 15th 1940 onward, 20.887 were accommodated in other municipalities, while others, at that moment, had found a temporary shelter within the boundaries of Rotterdam. A lot of industrial premises were also destroyed: 31 department stores and 2.320 smaller shops, 31 factories and 1.319 workshops, 675 warehouses and storage companies, 1.437 offices, 13 bank buildings and 19 consulates, 69 school buildings and 13 hospitals, 24 churches and 10 charitable institutions, 25 municipal- and government buildings, 4 station buildings, 4 newspaper buildings and 2 museums, 517 cafés and restaurants, 22 cinema’ s and 184 other business accommodations.

Initially, the  government of the Netherlands announced a death toll of approximately 30,000 civilians. This was later found inaccurate.

While the exact number of those killed is still contested, it is believed that around 1,000.

The Dutch military had no effective means of stopping the bombers (the Dutch Air Force had practically ceased to exist and its anti-aircraft guns had been moved to The Hague), so when another similar ultimatum was given in which the Germans threatened to bomb the city of Utrecht, the Dutch government decided to capitulate rather than risk the destruction of another city.

As a result of the bombing Rotterdam had to be rebuild and is now one of the most modern looking cities in Europe.