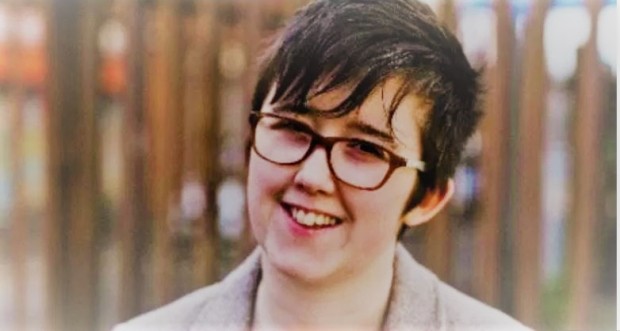 Technically you weren’t a Derry Girl , you were born and raised in Belfast. But you made Derry your home, you became one of its daughters.

Like the show Derry Girls, witty, sharp and funny, so were you.

But what happened today is not funny, It is rotten to the core. A talented young prime example of humanity was killed. Killed by thugs who claim to fight for a cause.

There are some who say that these people don’t represent them, but not all of them are truthful in that.

I did not know you nor did I ever meet you, but that doesn’t matter for it was clear to me that you were pure in your heart and steadfast in what you believed in.

I hope that those who loved you can find solace in the knowledge that you were a decent human being. a rarity in this ever changing world.

We never met but I wish we had.

May you rest in peace and may your soul live on in those who know and love  you.