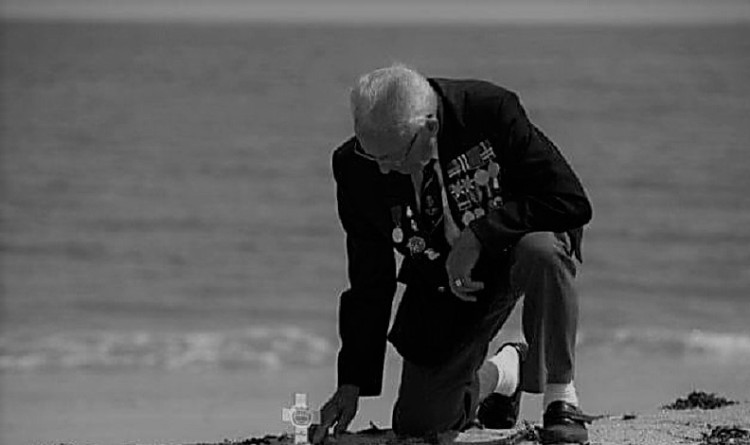 76 years ago you embarked on something that had never been done before. 156,000 of you were dropped on the beaches in Normandy.

156,000 just imagine that. It is the equivalent of a medium sized city, like Alexandria in  Virginia USA.

Not all 156,000 made it, thousands died even before they reached the beaches.

Utah Beach;Omaha Beach;Gold Beach;Juno Beach and Sword Beach are now just beaches filled with sunbathers on a sunny day. How many of those sunbathers realize the sacrifices made on that sand, Sacrifices to secure their freedom, sacrifices so that they can walk,cycle, or just lie down in the sand.

At time I despair at how many of these hard fought liberties are eroded by so called political correct agendas.

They call you the greatest generation, simply because you are.

I am thankful for what you have done. I will never ever forget the battles you fought to secure my freedom. The battles often fought seemingly in vain because so many died, But eventually you were the victors. We should therefor never be victims.

I salute each single one of you may you still walk on this earth or gone in peace in that big place in the sky.

One thought on “Overlord 76”