I am not going too deep into the re-unification of Germany. I will leave the images do the talking. 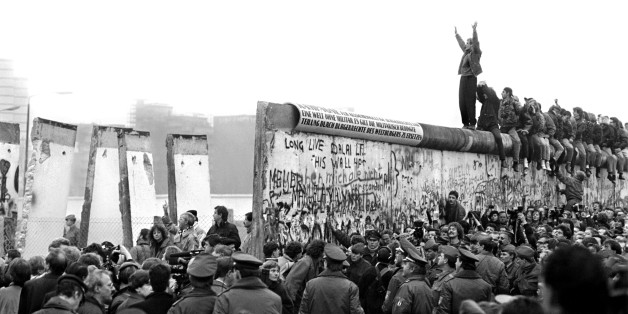 Berlin Wall at the Brandenburg Gate, 10 November 1989. Note the graffito Wie denn (“What now”) over the sign warning the public that they are leaving West Berlin.

Police officers of the East German Volkspolizei wait for the official opening of the Brandenburg Gate on 22 December 1989. 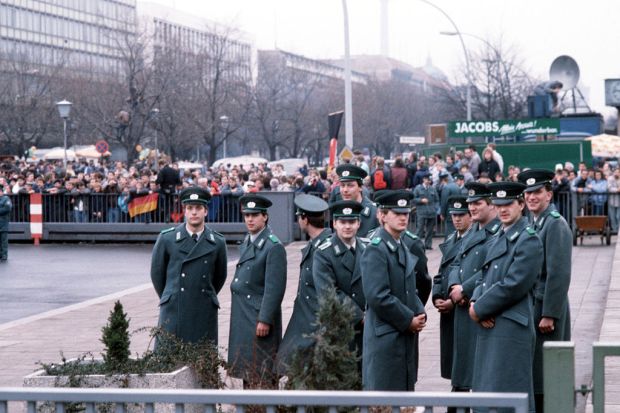 Many Trabants were abandoned after 1989 (this one photographed in Leipzig, 1990)