The Heroes who are often forgotten are those who arrived in the concentration camps with a camera. They took pictures of horrors which nobody should have to witness but yet these were also the pictures that everyone had to witness, because they bore evidence of the evil crimes committed by a regime with a warped ideology.

Margaret Bourke White is one of those Heroes.

She was an American photographer and documentary photographer . In April 1945 she arrived at Buchenwald. From her experience taking photographs in the concentration camp she said afterwards “Using a camera was almost a relief. It interposed a slight barrier between myself and the horror in front of me.”

Below are some of her photographs.

Citizens from Weimar confronted with the horrors of Buchenwald 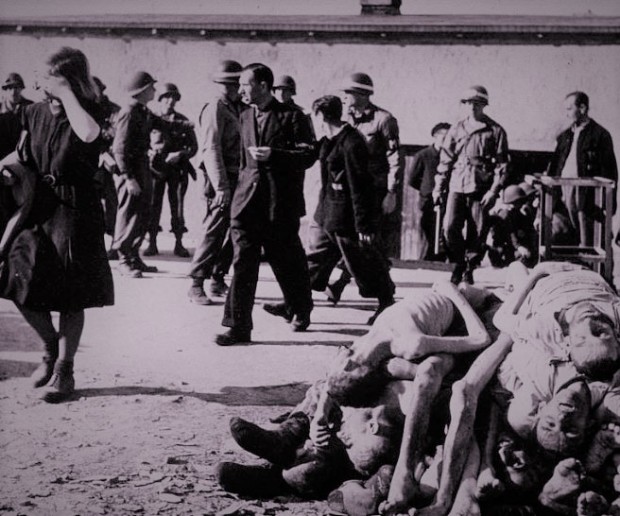