On April 4, 1945 Ohrdruf was the first concentration camp to be liberated by the US Army. Eight days later on April 12th, the camp was visited by Generals Dwight D. Eisenhower,  George S. Patton and Omar Bradley.

They were shocked by what they witnessed there , After his visit Eisenhower send a writing to General George C. Marshall, the head of the Joint Chiefs of Staff in Washington, reporting on what he had seen.

“the most interesting—although horrible—sight that I encountered during the trip was a visit to a German internment camp near Gotha. The things I saw beggar description. While I was touring the camp I encountered three men who had been inmates and by one ruse or another had made their escape. I interviewed them through an interpreter. The visual evidence and the verbal testimony of starvation, cruelty and bestiality were so overpowering as to leave me a bit sick. In one room, where they were piled up twenty or thirty naked men, killed by starvation, George Patton would not even enter. He said that he would get sick if he did so. 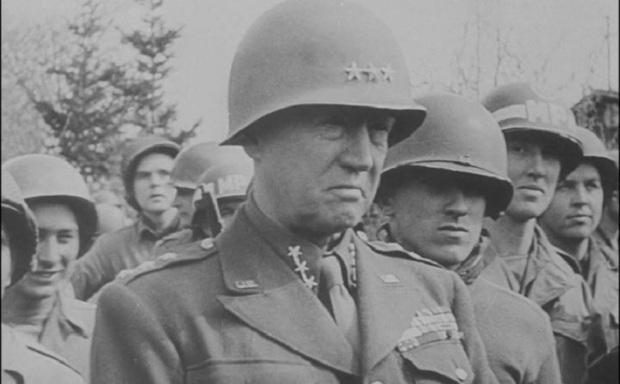 I made the visit deliberately, in order to be in a position to give first-hand evidence of these things if ever, in the future, there develops a tendency to charge these allegations merely to ‘propaganda.’

Unfortunately we have arrived at a period in history where the Holocaust is more and more denied and described as propaganda. And many Social media outlets are facilitating it by:

We are risking all these deaths to have been in vain because the lies are more believed then the truth, no matter how convincing and compelling this truth is. 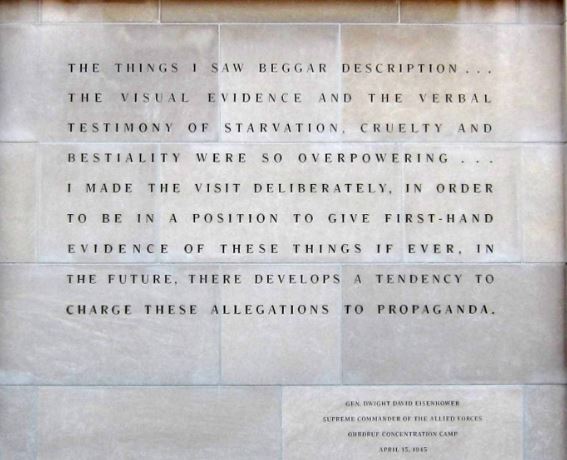