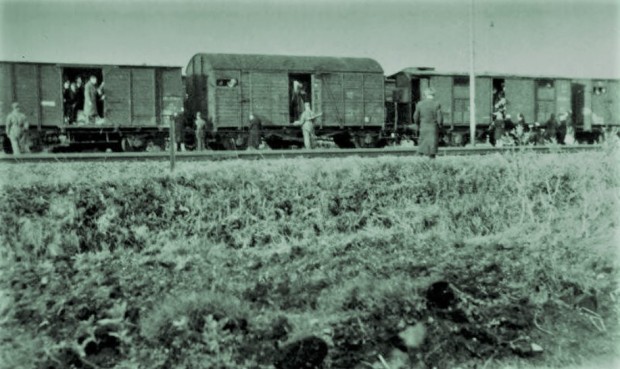 Like lambs to the slaughter they were led.But with one significant difference, lambs were treated more humanely. They were not tortured before death.

I recently saw the movie “The Resistance Banker” it has one subtle but yet powerful scene, no words were spoken. A regular passenger train is stopped to facilitate a transport train to pass by. The passenger in the regular train see people crammed in cattle cars on the transport train and they hear babies crying. The scene only lasts for a minute, but that image will last for a lifetime.

I knew the circumstances in the cattle cars were dire but that bit of movie made it so clear to me, the crying babies it made my heart stop for a second.

The horrors even dawned more clearly on me then. I have traveled with young children on a luxurious  21st century train and it was extremely…