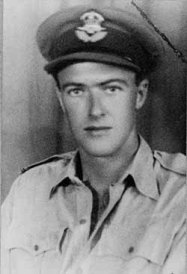 For decades I have been enjoying his stories from ‘Charlie and the chocolate factory’ and ‘BfG’ to the creepy ‘Tales of the Unexpected’ stories.

In all those years I never realized that Roald Dahl had actively been involved in WWII,it was only because of the release of the new movie ‘BfG’ I looked into Roald Dahl’s life again.

Born in Wales to Norwegian parents, Dahl served in the Royal Air Force during the Second World War, in which he became a flying ace and intelligence officer, rising to the rank of acting wing commander. He rose to prominence in the 1940s with works for both children and adults and he became one of the world’s best-selling authors. He has been referred to as “one of the greatest storytellers for children of the 20th century”. His awards for contribution to literature include the 1983 World Fantasy Award for Life Achievement, and the British Book Awards’Children’s Author of the Year in 1990. In 2008, The Times placed Dahl 16th on its list of “The 50 greatest British writers since 1945.

Following the outbreak of World War II in September 1939, Roald Dahl enlisted in the RAF ,something which would have a huge effect on his life in many ways.

It was in November 1939 that Roald decided to enlist in the Royal Air Force (RAF) at 23 years old. He travelled to Nairobi for his medical and a month later commenced flying training in Tiger Moths alongside 15 other men of a similar age.

Dahl loved flying, and once described it as “marvellous fun” in a letter sent to his mother during his flying training. Despite being so tall (well over 6ft) he still managed to squeeze himself into the airplane cockpit and the other men in his squadron gave him the nickname “Lofty”.

Well I have a minimum height for pilots but no maximum, so as you are fit, you’ll do

The doctor at Roald’s RAF medical

On completion of the course he travelled to Iraq for Advanced Training on Hawker Harts, and was then commissioned as a Pilot Officer in the RAF Volunteer Reserve and posted to 80 Squadron based in North Africa to fly “Gloster Gladiators against the Italians in the Western Desert of Libya,” as he says in Going Solo (the Gloster Gladiator “was an out-of-date fighter biplane with a radial engine”). 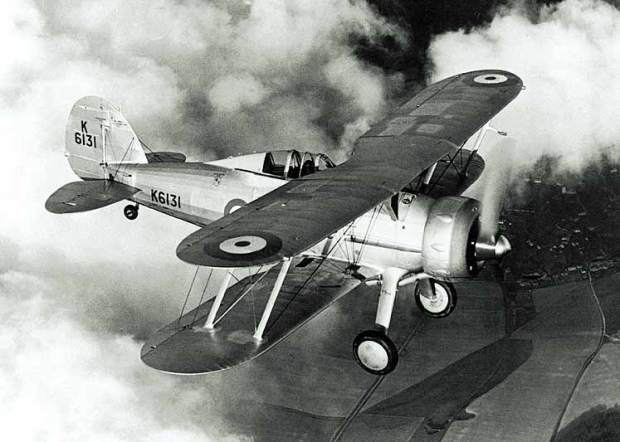 In September 1940, Roald’s Gladiator crashed in the Western Desert of North Africa and he received severe injuries to his head, nose and back. Following this he was taken to the Anglo-Swiss Hospital in Alexandria, Egypt where he spent around six months recovering from his injuries, under the care of the hospital staff.

In February 1941, Dahl was discharged from hospital and passed fully fit for flying duties. By this time, 80 Squadron had been transferred to the Greek campaign and based at Eleusina, near Athens. The squadron was now equipped with Hawker Hurricanes. 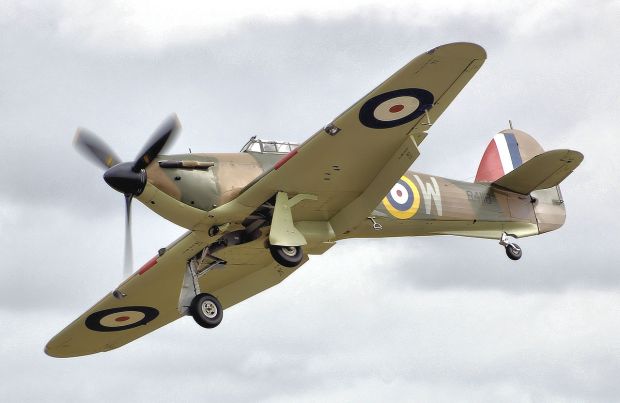 Dahl flew a replacement Hurricane across the Mediterranean Sea in April 1941, after seven hours flying Hurricanes. By this stage in the Greek campaign, the RAF had only 18 combat aircraft in Greece: 14 Hurricanes and four Bristol Blenheim light bombers. Dahl saw his first aerial combat on 15 April 1941, while flying alone over the city of Chalcis. He attacked six Junkers Ju-88s that were bombing ships and shot one down. On 16 April in another air battle, he shot down another Ju-88. 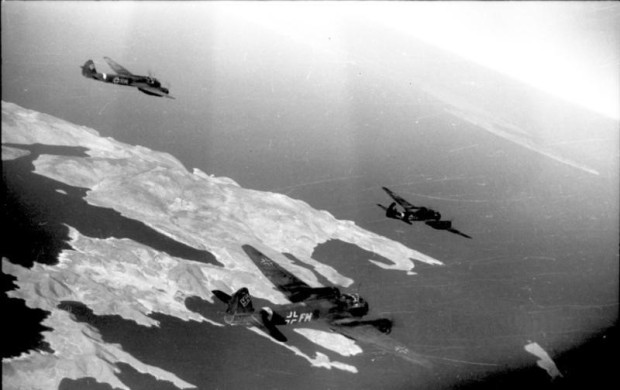 On 20 April 1941, Dahl took part in the “Battle of Athens”, alongside the highest-scoring British Commonwealth ace of World War II, Pat Pattle, and Dahl’s friend David Coke. Of 12 Hurricanes involved, five were shot down and four of their pilots killed, including Pattle. 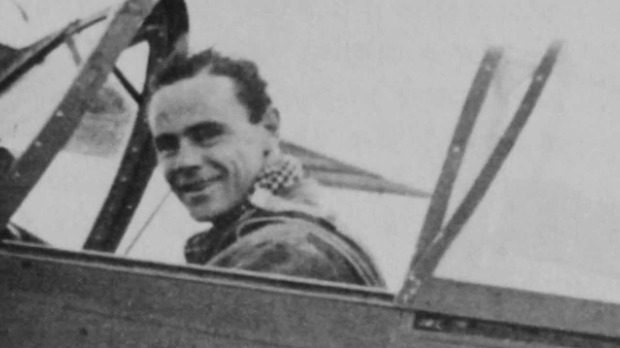 Greek observers on the ground counted 22 German aircraft downed, but because of the confusion of the aerial engagement, none of the pilots knew which aircraft they had shot down. Dahl described it as “an endless blur of enemy fighters whizzing towards me from every side

In May, as the Germans were pressing on Athens, Dahl was evacuated to Egypt. His squadron was reassembled in Haifa. From there, Dahl flew sorties every day for a period of four weeks, shooting down a Vichy French Air Force Potez 63 on 8 June

and another Ju-88 on 15 June, but he then began to get severe headaches that caused him to black out. He was invalided home to Britain. Though at this time Dahl was only a pilot officer on probation, in September 1941 he was simultaneously confirmed as a pilot officer and promoted to war substantive flying officer.

One year after being discharged from the RAF, Roald was posted to the British Embassy in Washington D.C. as an Assistant Air Attaché, where a chance encounter with the writer C.S. Forester led to the publication of his first short story, Shot Down Over Libya (also known as A Piece of Cake).

C. S. Forester, was also working to aid the British war effort. The Saturday Evening Post had asked Forester to write a story based on Dahl’s flying experiences; Forester asked Dahl to write down some RAF anecdotes so that he could shape them into a story. After Forester read what Dahl had given him, he decided to publish the story exactly as Dahl had written it. The original title of the article was “A Piece of Cake” but the title was changed to “Shot Down Over Libya” to make it sound more dramatic, despite the fact that Dahl had not actually been shot down; it appeared in 1 August issue of the Post. He shared a house at 1610 34th Street, NW, in Georgetown, with another attaché. Dahl socialized with Texas publisher and oilman Charles E. Marsh at his house at 2136 R Street, NW, and the Marsh country estate in Virginia.

Dahl was promoted to flight lieutenant (war-substantive) in August. During the war, Forester worked for the British Information Service and was writing propaganda for the Allied cause, mainly for American consumption. This work introduced Dahl to espionage and the activities of the Canadian spymaster William Stephenson, known by the codename “Intrepid”.

During the war, Dahl supplied intelligence from Washington to Stephenson and his organisation known as British Security Coordination, which was part of MI6. He said in the 1980s that he promoted Britain’s interests and message in the United States and combatted the “America First” movement, working with such other well-known officers as Ian Fleming and David Ogilvy.

Dahl was once sent back to Britain by British Embassy officials, supposedly for misconduct – “I got booted out by the big boys,” he said. Stephenson promptly sent him back to Washington—with a promotion to wing commander. Towards the end of the war, Dahl wrote some of the history of the secret organisation and he and Stephenson remained friends for decades after the war.

Upon the war’s conclusion, Dahl held the rank of a temporary wing commander (substantive flight lieutenant). Owing to the seriousness of his accident in 1940, he was pronounced unfit for further service and was invalided out of the RAF in August 1946. He left the service with the substantive rank of squadron leader.His record of five aerial victories, qualifying him as a flying ace, has been confirmed by post-war research and cross-referenced in Axis records, although it is most likely that he scored more than that during 20 April 1941 when 22 German aircraft were shot down.