Although the Netherlands was liberated on the 5th of May and VE day was on the 8th of May. It took more then a month after the official liberation of Europe for this Island at the north of the country to be liberated.

It was on the 11th of June 1945 before Schiermonnikoog was freed from German occupation, making it the last place in Europe to be liberated.

Schiemonnikoog is an Island situated in the “Waddenzee”-Wadden Sea,which is an intertidal zone in the southeastern part of the North Sea. It lies between the coast of northwestern continental Europe and the range of Frisian Islands, forming a shallow body of water with tidal flats and wetlands

Ironically another Island in the Wadden Sea,Texel, was considered the last battle field in Western Europe.

Schiermonnikoog was the last place in the Netherlands to be liberated from the Germans after WWII. It took until June 11 to free the Dutch island. Why? The Canadians simply didn’t have time to free the island before that.

During the War, the German Army heavily fortified the island as part of the Atlantic Wall defence line, and the number of German troops came to equal the island’s native population of 600. Towards the end of the war, hundreds of SS troops, along with members of the SD, fled to the island, reinforcing the German contingent already there.

After the German surrender, the Germans on the island failed to accept the surrender, but the Canadian forces responsible for the sector that included the island did not attack them to force their surrender. After several months of negotiations the German commander did agree to respect the surrender and the German soldiers were evacuated to Wilhelmshaven in Germany. On 11 June 1945 the island became the last part of Europe to be liberated from Axis occupation by the Allies

Several RAF planes had been brought down during the war on the Island, the German occupiers did pay respect to the airmen who died on the island. Below are pictures of  a military funeral of 3 RAF men by the Germans in 1942. The funeral was for The crew of 415 Squadron’s Hampden AT245 – 28th of June 1942.

Schiermonnikoog also encountered another big problem. A group of 125 dangerous SS and SD commanders took refuge on the island after the liberation of the City of Groningen in April. This in an attempt to escape from there by boat back to Germany. This group, among them Robert Lehnhoff,  reigned the Scholtenhuis in Groningen during the war with their terror and were widely feared. 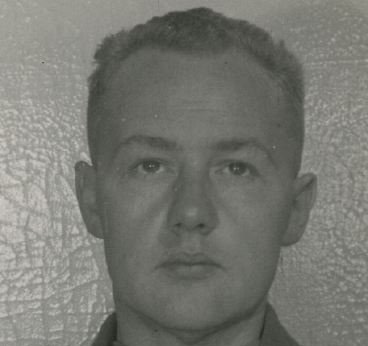 Needles to say that the 650 islanders were not pleased with the situation. Even the 600 German soldiers who were encamped on the island during the war were scared of this group.They were given the name “Beulen van Groningen”-Torturers of Groningen.

The German commander on the island decided to house the group on a farm (the Kooiplaats) outside of the town on the island. The Talsma family who owned the farm had to flee the farm without taking anything

The German reinforcements on the island made Allied plans to disarm these troops risky at best. With the war over for weeks already, the Canadians did not want to spill more blood. A member of the Dutch resistance ended the impasse however when he, disguised as an Allied negotiator, approached the German commander with surrender instructions. The Germans fortunately took the bait, allowing for their peaceful evacuation to Wilhelmshaven in Germany, they were however sent to the jail in Zoutkamp on the 31st of May.

It took till June 11 before the liberation was official with the transportation of the 600 other German soldiers from the island.