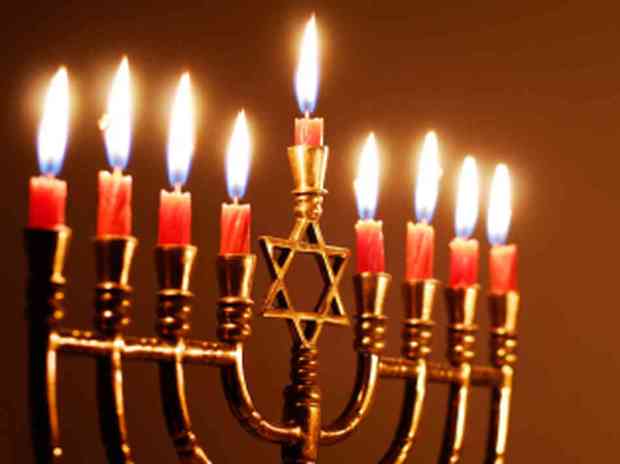 I have heard and read a lot of Holocaust survivor stories and the one thing they all had in common was that they never gave up hope.

I think that is a greater feat then the actual survival. How can you keep hope when you see your family and friends being taken away or being slaughtered in front of your own eyes.Or knowing that they will be killed soon. 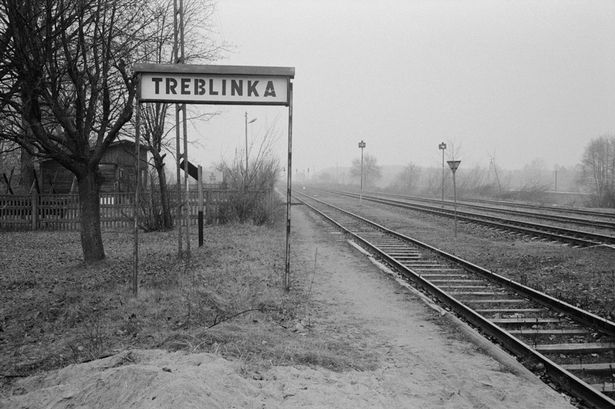 At the Treblinka extermination camp it would only take 30 minutes from the train arriving to death in the gas chambers.And yet there were those who held on to their faith and kept hope.

I don’t know too much about Hanukkah. I know it’s the the Jewish Festival of Light and it remembers the rededication of the second Jewish Temple in Jerusalem. (Hanukkah is the Jewish word for ‘dedication’.) Hanukkah last for eight days and starts on the 25th of Kislev, the month in the Jewish calendar that occurs at about the same time as December.

During the Holocaust this festival was still celebrated and I think it helped people maintain a sense of humanity just to know there would a light at the end of this darkest of eras and I do think it gave some people that bit of hope.

Below are some examples of the Hanukkah celebrations during the Holocaust. 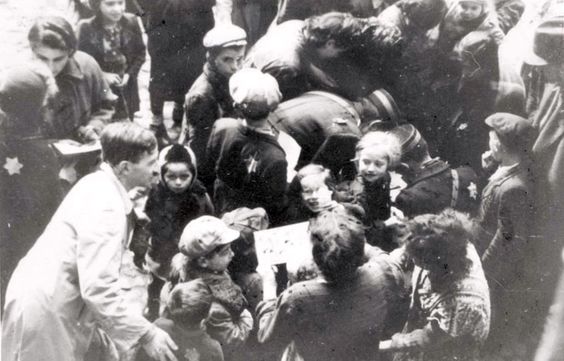 Westerbork, Holland, Lighting the candles on the seventh night of Hanukkah

Westerbork, Holland, a Hanukkah party in the camp 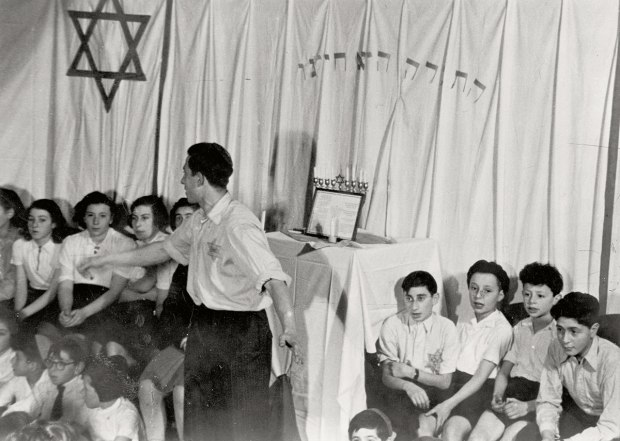 Lodz, Poland, 1943, a group photograph at a Hanukkah party in the ghetto

Shanghai, China, 1939, a Hanukkah party for refugee children in the Twig family’s home 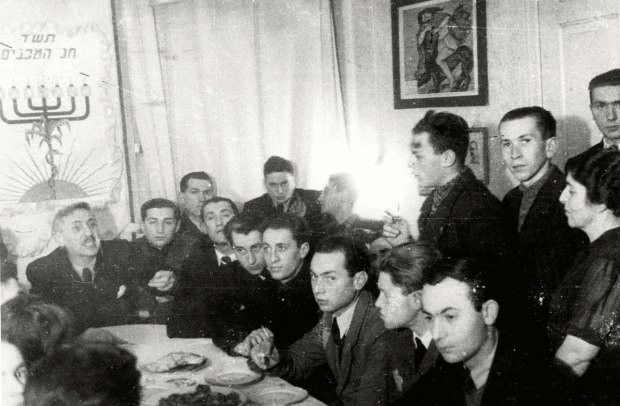 Lodz, Poland, Lighting the Hanukkah candles with the Chairman of the Judenrat, Mordechai Chaim Rumkowski.

This incredible image depicts Jews, not in hiding, but within an transit camp in Holland lighting a Menorah on Hanukkah. If you look carefully, you can see just how packed this room is. 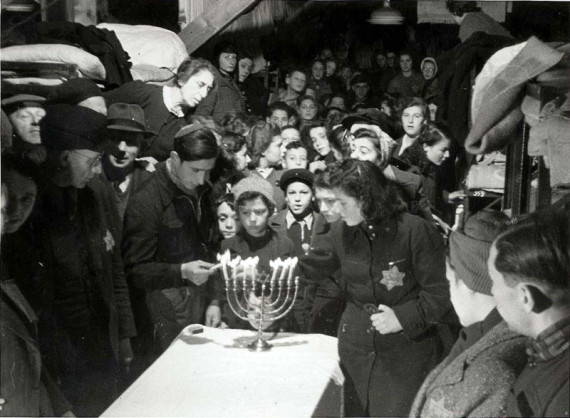 Pictured here is a Hanukkah menorah that was made in a forced labor camp in Gogolin, Upper Silesia in Hanukkah 1941.

This photograph from 1940 Berlin is another powerful reminder of spiritual resistance during the Holocaust. 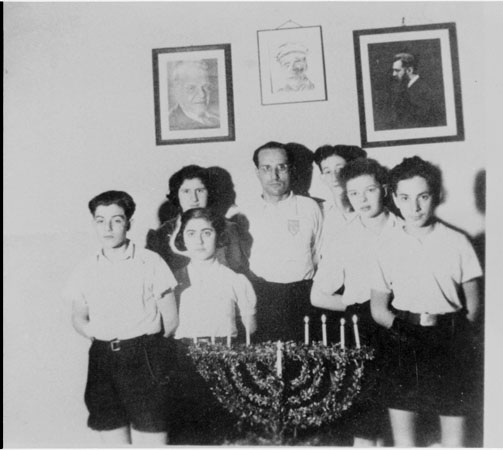