Water polo is not really known to be a violent sport .However today 60 years ago during the 1956 Melbourne Olympic games a Water polo match between Hungary and the Soviet Unions nearly resembled a world was 2 sea battle. 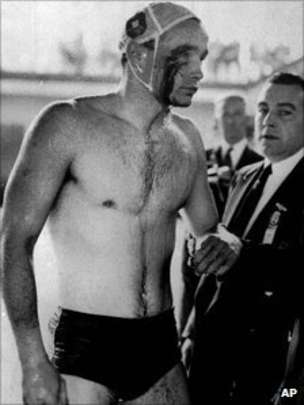 The “Blood in the Water” match was a water polo match between Hungary and the USSR at the 1956 Melbourne Olympics. The match took place on 6 December 1956 against the background of the 1956 Hungarian Revolution, and saw Hungary defeat the USSR 4–0. The name was coined after Hungarian player Ervin Zádor emerged during the last two minutes with blood pouring from above his eye after being punched by Soviet player Valentin Prokopov 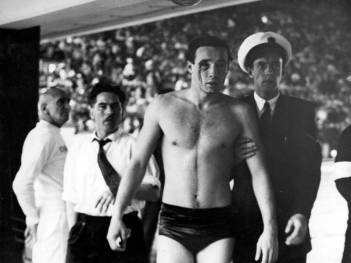 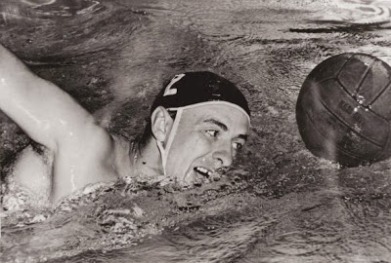 In the morning before the start, the Hungarians had created a strategy to taunt the Russians, whose language they had studied in school. In the words of Ervin Zádor: “We had decided to try and make the Russians angry to distract them.”

From the beginning, kicks and punches were exchanged. At one point, a punch thrown by Hungarian captain Dezső Gyarmati was caught on film.Meanwhile, Zádor scored two goals to the crowd’s cheers of Hajrá Magyarok! (“Go Hungarians!”). 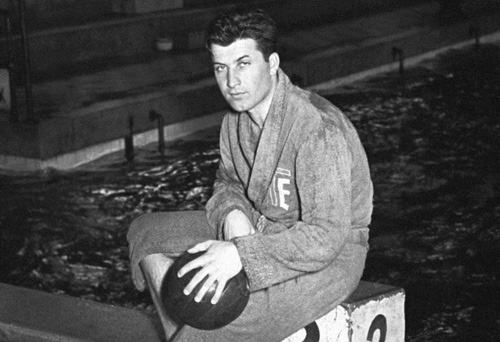 By the final minutes of the match, Hungary was leading 4–0. Zádor was marking Valentin Prokopov, with whom he had already exchanged words. Prokopov struck him, causing a bleeding gash. Zádor left the pool and his bleeding was the final straw for a crowd already in frenzy. Many angry spectators jumped onto the concourse beside the water, shook their fists, shouted abuse and spat at the Russians.To avoid a riot, police entered the arena and shepherded the crowd away. One minute of the match remained.

Pictures of Zádor’s injuries were published around the world, leading to the “Blood in the Water” moniker. Reports that the water in the pool turned red were, however, an exaggeration. Zádor said his only thought was whether he would be able to play the next match.

Hungary was declared the winner since they had been leading and then beat Yugoslavia 2–1 in the final to win their fourth Olympic gold medal. Zádor’s injury would force him to miss the match. After the event was completed, he and some of his team-mates sought asylum in the West, rather than returning to live in a Hungary under a firmly pro-Soviet regime.

One thought on “The Violent Water Polo Match”