This is a little known story which took place on the 13th of May 1944. The victims were Chinese citizens, not tortured and killed by Japanese but by the Gestapo in Hamburg,Germany.

It requires a lot of imagination to recollect the past history that the Schmuckstraße as the center of a lively Chinese district of St. Pauli. Today only two houses of that time are still standing with an emptied site next to it, nothing remained or reminds the once lively Chinese district that connected close between Talstraße and Grosse Freiheit, one of the popular street in the red light district of St. Pauli, Hamburg. 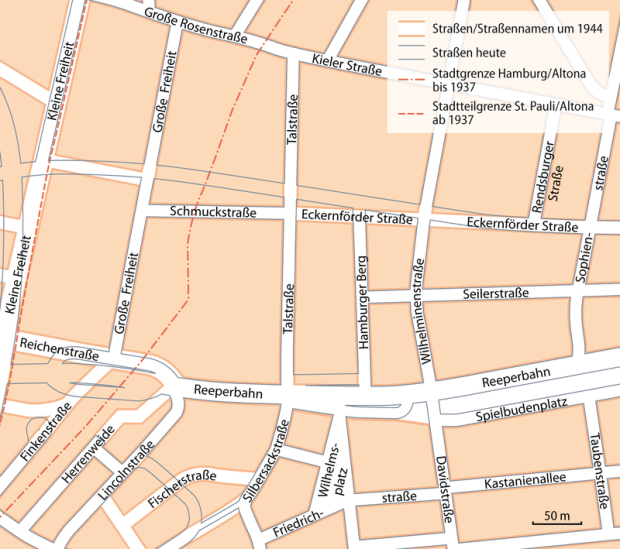 In the early 20’s, a small Chinese colony had formed in Hamburg as a result of the employment of Chinese in the German merchant shipping. Soon Chinese infrastructure were arisen in some of the European’s harbor cities. The Chinese have settled down there and opened up restaurants, Marine equipment stores, laundries. At that time, it had as many as about 2000 Chinese living in Hamburg.  They were hard-working, well-educated, went to dance and sports clubs, some were married to German women and had children with them.

The harmony living with one another were ended abruptly when the Nazis came. 165 Chinese were detained on 13 May 1944, in the so called “Chinese action” under the pretext of collaboration with the enemy. In the Langer Morgan labor camp in Hamburg-Wilhelmsburg, 17 of them died. All that remains today of the camp is a plaque. 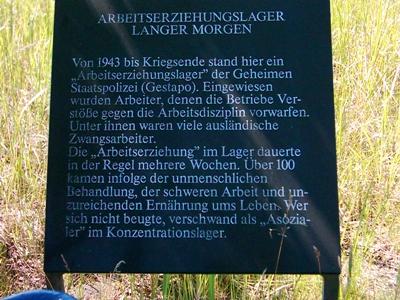 More then a 100 people died in the camp due to inhuman conditions.

One of the Chinese victims was Woo Lie Kien  He died in the Allgemeinen Krankenhaus Barmbek(General Hospital Barmbek) as result of torture by the gestapo on the 23rd of November 1944.

Many of the Chinese left Germany for America or have gone back to their homeland China eventually ,as the 2nd World War ended. A few stayed back in Hamburg , leaving a forgotten chapter of Hamburg History behind

Please don’t forget to subscribe to get the blogs directly to your inbox.