For many the joy of being freed from the brutal Nazi regime was short lived. After the concentration camps were liberated the deaths didn’t stop straight away.

British forces liberated concentration camps in northern Germany, including Neuengamme and Bergen-Belsen. They entered the Bergen-Belsen concentration camp, near Celle, in mid-April 1945. Some 60,000 prisoners, most in critical condition because of a typhus epidemic, were found alive. More than 10,000 of them died from the effects of malnutrition or disease within a few weeks of liberation.

Initially lacking sufficient manpower, the British allowed the Hungarians to remain in charge and only commandant Kramer was arrested.

Some British Soldiers pushed cigarettes and sweets through the wire to the inmates who fell on them so ferociously that some were left dead on the ground, torn to pieces in the sordid scramble. The Hungarian Wehrmacht soldiers, who had been assigned to guard the camp during the transition, shot into the mob and killed numerous people.

During World War II, Desnos was an active member of the French Resistance network Réseau AGIR, under the direction of Michel Hollard, often publishing under pseudonyms. For Réseau Agir, Desnos provided information collected during his job at the journal Aujourd’hui and made false identity papers he was arrested by the Gestapo on 22 February 1944.

He was first deported to the German concentration camps of Auschwitz in occupied Poland, then Buchenwald, Flossenburg in Germany and finally to Terezín (Theresienstadt) in occupied Czechoslovakia in 1945. 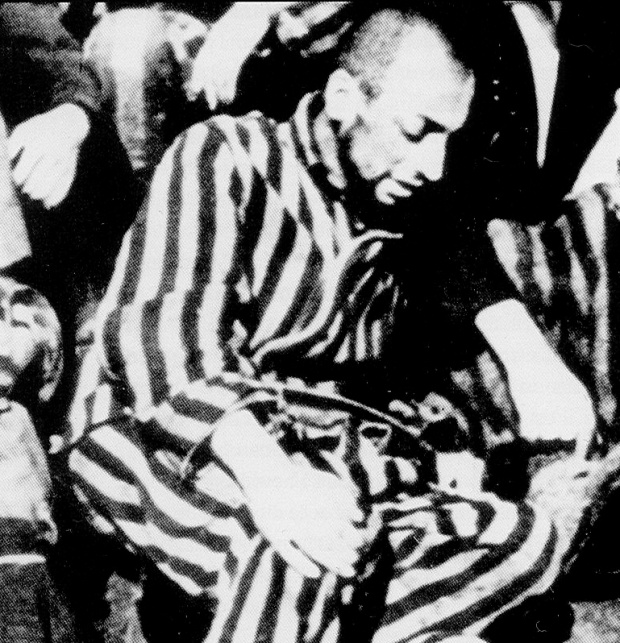 Desnos died in “Malá pevnost”, which was an inner part of Terezín used only for political prisoners, from typhoid, a month after the camp’s liberation

Many others died due to Refeeding syndrome a syndrome consisting of metabolic disturbances that occur as a result of re-institution of nutrition to patients who are starved, severely malnourished or metabolically stressed due to severe illness.This syndrome is a result of the human body changing fuel sources during starvation and can be fatal.

After liberation, many Jewish survivors feared to return to their former homes because of the antisemitism (hatred of Jews) that persisted in parts of Europe and the trauma they had suffered. Some who returned home feared for their lives. In postwar Poland, for example, there were a number of pogroms (violent anti-Jewish riots). The largest of these occurred in the town of Kielce in 1946 when Polish rioters killed at least 42 Jews and beat many others.