Thousands of personal items snatched from those murdered by the Nazis at Auschwitz have at last been returned to the memorial after an exhaustive search.

Items including thermometers, empty bottles of medicines, jewellery, cutlery, watches, brushes, tobacco pipes, lighters and keys are among a huge number of items finally tracked down by researchers from the Auschwitz-Birkenau Memorial and Museum.

In most cases, they were the last belongings of Jewish people taken from them before they were lead to their deaths in the gas chambers at the death camp in German-occupied Poland 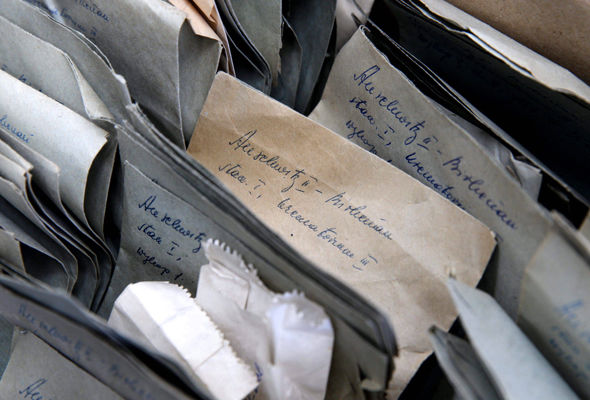 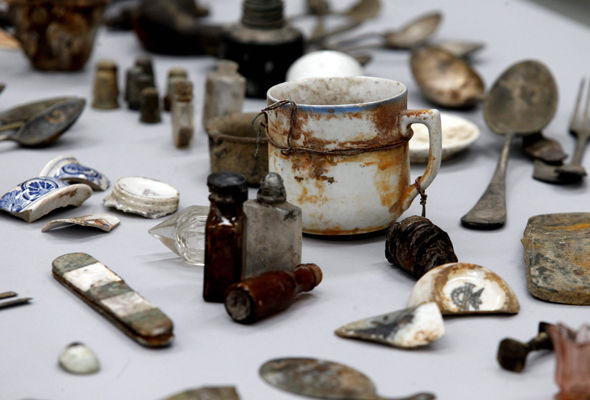 When the Soviet Army liberated Auschwitz-Birkenau, in January of 1945, they found evidence of atrocities which survived the Nazis’ efforts to demolish the camp.

Among other things, baled (and unbaled) human hair—cut from the heads of murdered females—was found in an Auschwitz warehouse.

When religious Jews arrived at Auschwitz-Birkenau, their prayer shawls (referred to as tallesim, tallitot) were confiscated.

After killing people in the gas chamber, and burning their bodies in one of five crematoria at Auschwitz-Birkenau, Nazis (or their Sonderkommando helpers) tossed no-longer-needed clothing into heaps at the death camp.

After people arrived at Auschwitz-Birkenau, some were selected for death in the gas chamber.  Those individuals were brought to showers which had numbered hooks for clothes.

People about to shower, after a long journey in a crowded cattle car, were told to remember their clothes-hook number … so they could retrieve their personal items after the shower.

Instead, their personal items were rounded up, after what really happened in the Auschwitz showers, and discarded … just like these heaps of shoes. 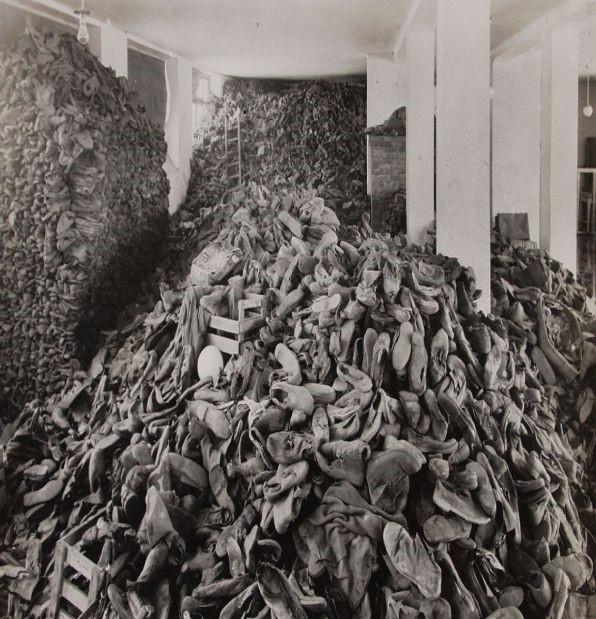 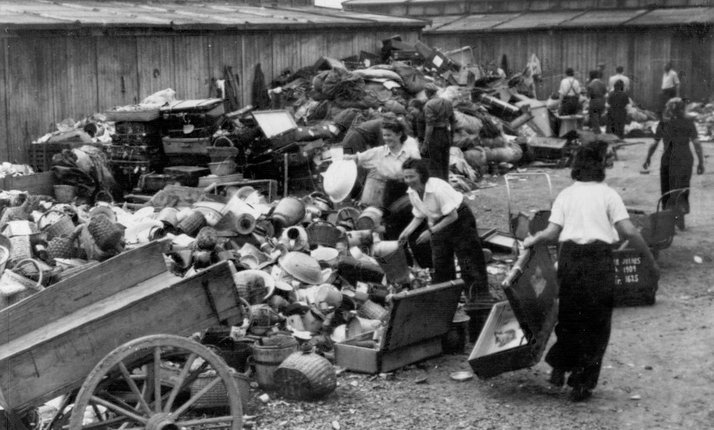 Eyeglasses taken from the Auschwitz prisoners before they were taken to the gas chamber. Found after the liberation. 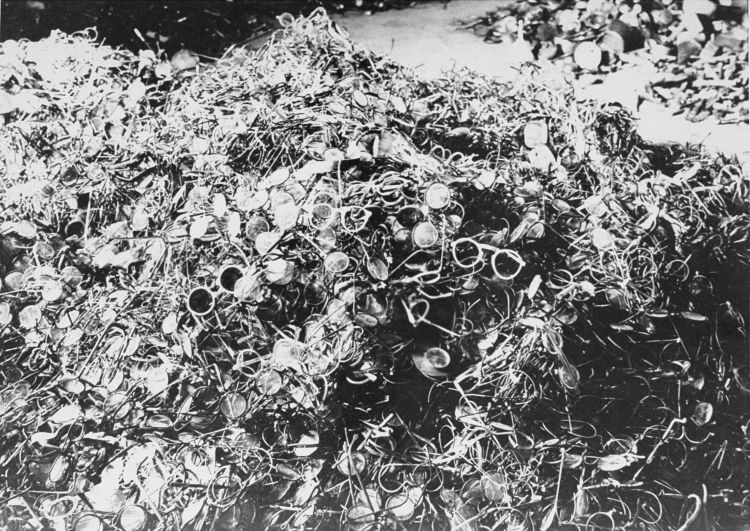 One thought on “Personal belongings- The silent but powerful story of the Holocaust.”