Netflix has released a new series in the Star Trek franchise called “Star Trek Discovery” I don’t want to judge because I have only watched the first episode so far, which left me a bit underwhelmed to say the least.

There were just a few things that annoyed me and maybe I was to focused on that, For starters the ship isn’t called Discover but Shenzhou, and the main character although a woman is called Michael.

Maybe there are trying to be just too political correct which leads me to the purpose of this blog. Star Trek has always been politically correct but in a positive way, for example they were the first show to show an  interracial kiss. 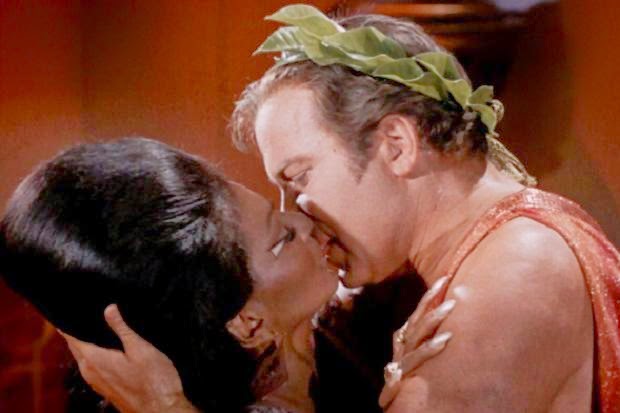 But were they were really ahead of their time was in the actual science, especially the original season. Lets have a look at some of the scientific gadgets used in Star Trek that we now use on a daily basis or are available in some part of it.

Whenever Captain Kirk left the safe confines of the Enterprise, he did so knowing it could be the last time he saw his ship. Danger was never far away. And when in distress and in need of help in a pinch, he could always count on Bones to come up with a miracle cure, Scotty to beam him up or Spock to give him some vital scientific information. He’d just whip out his communicator and place a call.Fast-forward 30 years and wouldn’t you know it, it seems like everyone carries a communicator. We just know them as mobile or cell phones. It even looks like companies like Motorola took the ideas for their flip phones from Star Trek. 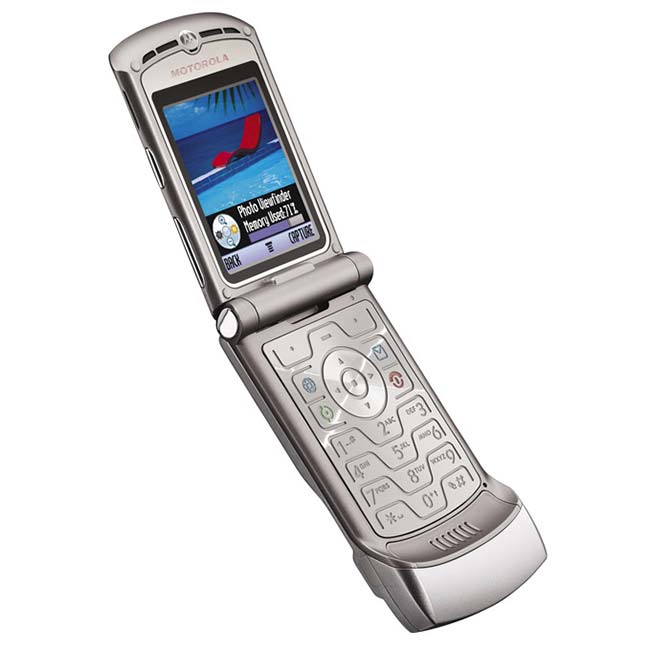 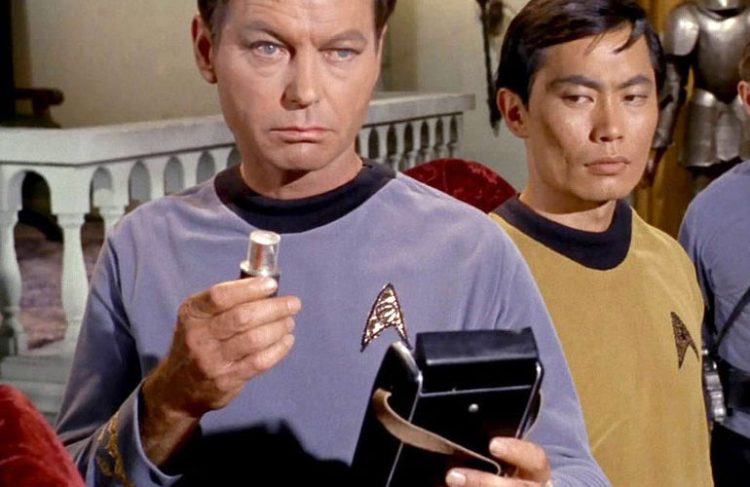 In the TV show, a tricorder is a handheld device that scans for geological, biological, and meteorological anomalies, however it is main purpose is as some kind of medical scanning device. It is basically a handheld MRI Scan, although the current MRI scanning machines are very big, they are working on more mobile ones and good progress is made. So soon enough they will be handheld.

In fact  NASA employs a handheld device called LOCAD, which measures for unwanted microorganisms such as E. coli, fungi and salmonella onboard the International Space Station. 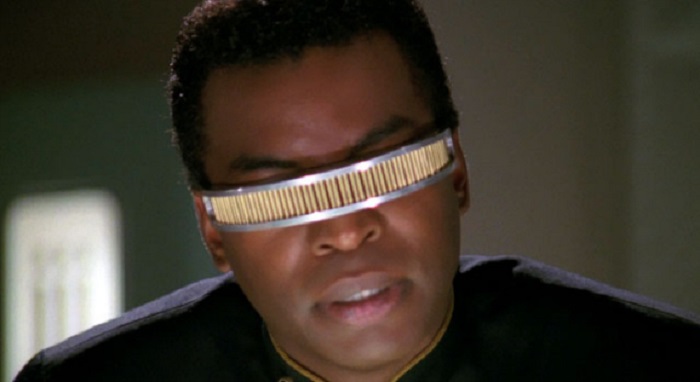 What made Geordi unique, perhaps even mysterious, was his funky eyewear. Geordi was blind, but after a surgical operation and aided through the use of a device called VISOR (Visual Instrument and Sensory Organ Replacement), Geordi could see throughout the electromagnetic spectrum. Though it may sound far-fetched, in reality, similar technology exists that may someday bring sight back to the blind.

In 2005, a team of scientists from Stanford University successfully implanted a small chip behind the retina of blind rats that enabled them to pass a vision recognition test. The science behind the implants, or bionic eyes as they’re commonly referred to, works much the way Geordi’s VISOR did. The patient receives the implants behind the retina, then wears a pair of glasses fitted with a video camera. Light enters the camera and is processed through a small wireless computer, which then broadcasts it as infrared LED images on the inside of the glasses. Those images are reflected back into the retina chips to stimulate photodiodes. The photodiodes replicate the lost retinal cells then change light into electrical signals which in turn send nerve pulses to the brain.

Captain Jean-Luc Picard used to say ‘Tea, Earl Gray, hot!” and it would be replicated instantly. Today’s 3D printers don’t tackle tea, but there are machines that actually can print food. And other printers, like the MakerBot Replicator 2 are quite adept at making small objects—just as they were shown to do on later episodes of Star Trek: The Next Generation. 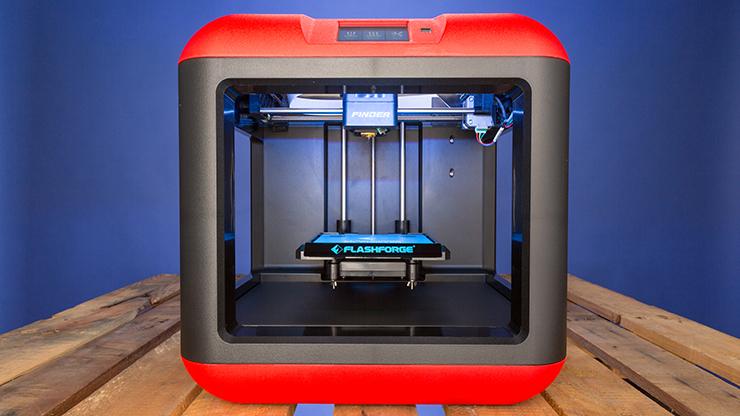 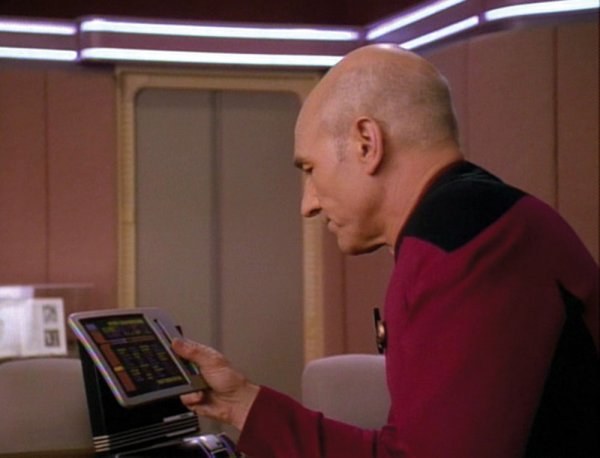 Before I get you hopes up, unfortunately Teleportation is not possible yet and never may be, but how great would it be. Visiting family in Australie or New Zealand just to have a cup of coffee and be home on time for dinner.

In 1993, Bennett et alproposed that a quantum state of a particle could be teleported to another distant particle, but the two particles do not move at all. This is called state teleportation. There are a lot of following theoretical and experimental papers published.Researchers believe that quantum teleportation is the foundation of quantum calculation and quantum communication.

In 2008, M. Hotta proposed that it may be possible to teleport energy by exploiting quantum energy fluctuations of an entangled vacuum state of a quantum field. There are some papers published but no experimental verification.

But perhaps one day we could just teleport ourselves from a dreary rainy city to a tropical beach. 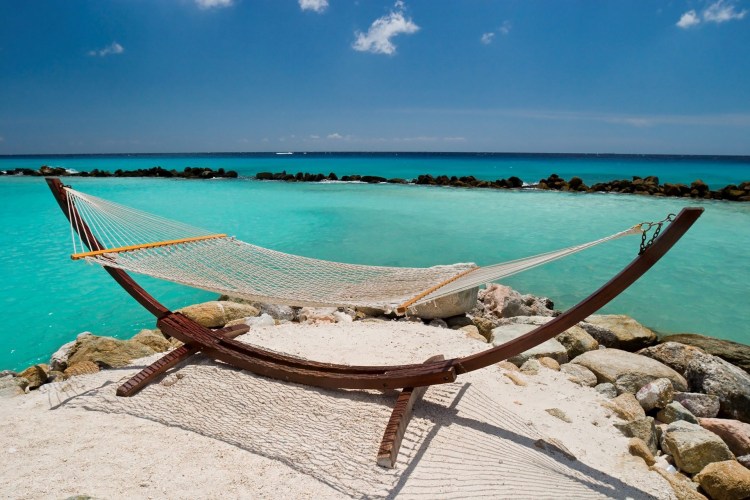 To a beach were no man had boldly gone before.

One thought on “Star Trek to boldly go… hey wait a minute we are there already.”