For people who don’t know classical music the name Richard Strauss will mean very little, but for music and movie fans they know the music of the man. His composition “Also Sprach Zarathustra” was made famous by the movie “2001: A Space Odyssey”

In the early 1930s, Strauss did not join the Nazi party. For reasons of expediency, however, he initially cooperated with the early Nazi regime in the hope that it would promote German art and culture. Much of Strauss’s motivation in his conduct during the Third Reich was, however, to protect his Jewish daughter-in-law and grandchildren from persecution. Strauss used his considerable influence to prevent them from being sent to concentration camps.

In 1933, Strauss wrote in his private notebook:

I consider the Streicher-Goebbels Jew-baiting as a disgrace to German honour, as evidence of incompetence—the basest weapon of untalented, lazy mediocrity against a higher intelligence and greater talent.

Strauss privately criticized Goebbels and called him “a pipsqueak”. But, in 1933 he dedicated a composition, “Das Bächlein” (“The Little Brook”), to Goebbels, in order to gain Goebbels’s aid in extending German music copyright laws from 30 years to 50 years. 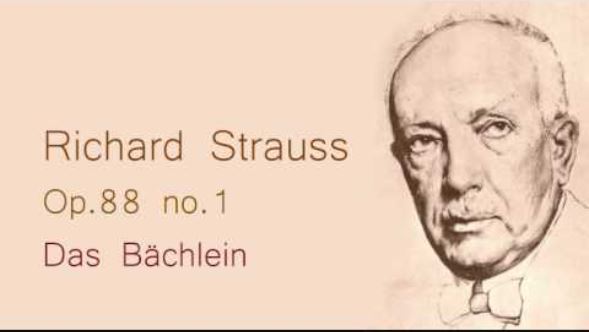 Strauss defied Nazi bans on performances of works byMendelssohn. Debussy and Mahler.He also continued to work on a comic opera, Die schweigsame Frau, with his Jewish friend and librettist Stefan Zweig. When the opera was premiered in Dresden in 1935, Strauss demanded that Zweig’s name would appear on the theater billing, much to the ire of the Nazi regime. Hitler and Goebbels avoided attending the opera,  it was stopped after 3 performances and subsequently banned by the Nazi regime.

“Do you believe I am ever, in any of my actions, guided by the thought that I am ‘German’? Do you suppose Mozart was consciously ‘Aryan’ when he composed? I recognise only two types of people: those who have talent and those who have none”

This letter to Zweig was intercepted by the Gestapo and forwarded to Adolf Hitler. Richard Strauss was subsequently fired from his post as Reich Music Chamber president in 1935. The 1936 Berlin Summer Olympics however still used Strauss’s Olympische Hymne composed by Strauss in 1934.

Much of Strauss’s motivation in dealing with the Nazi regime was, however, to protect his Jewish daughter-in-law Alice and his Jewish grandchildren from persecution. Both of his grandsons were bullied at school, but Strauss used his considerable influence to avoid his grandsons and daughter in law being sent to concentration camps.

In 1942, Strauss moved with his family back to Vienna, where Alice and her children could be protected by Baldur von Schirach, the Gauleiter of Vienna, he had been an admirer of Strauss.

Although Alice and her sons survived the war, members of Alice’s immediate family were deported to Terezín in what is now the Czech Republic, and when Strauss’ letters begging for their release fell on deaf ears the composer personally drove to the camp in an attempt to use his influence to get them released. It was futile: not a single one escaped the Nazi concentration camp alive.

I believe he was a victim of circumstances, in order to protect his family and his art he had to sometimes ally himself with the Nazi regime.

Richard Strauss died on 8 September 1949, absolved of any Nazi affiliations.