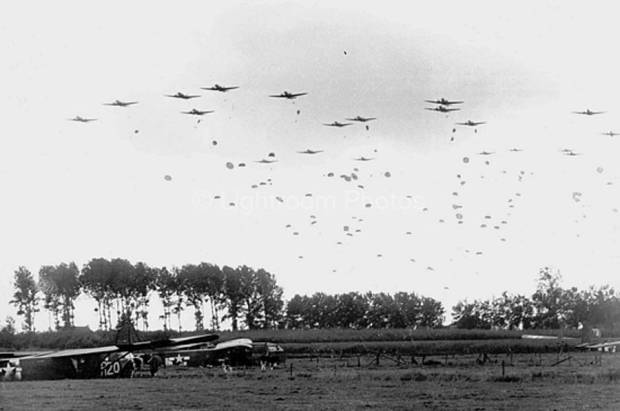 As the saying goes “A picture tells a thousand words” therefor rather then writing at length about  WWII in the Netherlands, I have decided that this time I will let the pictures do the talking.

The photograph on the top is a picture of American troops from the 82nd Airborne Division parachute into The Netherlands on Sept. 17, 1944.

Following are just a few pictures in no particular order 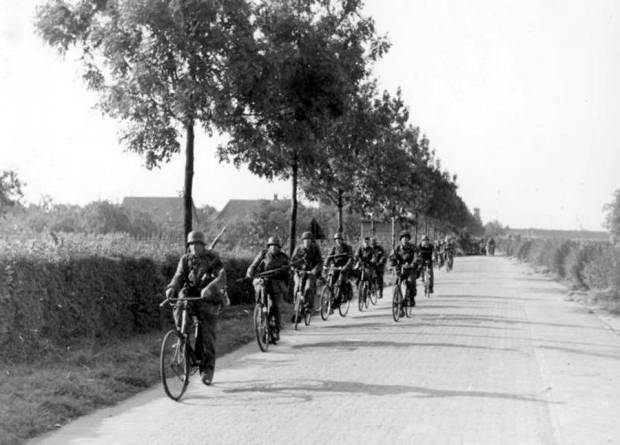 In 1941 the German occupiers turned the Jewish district in Amsterdam into a ghetto.

The city of Rotterdam after the German bombing during the German invasion of the Netherlands in May 1940.

Dutch soldiers guard the border with Germany shortly after mobilization, 1939 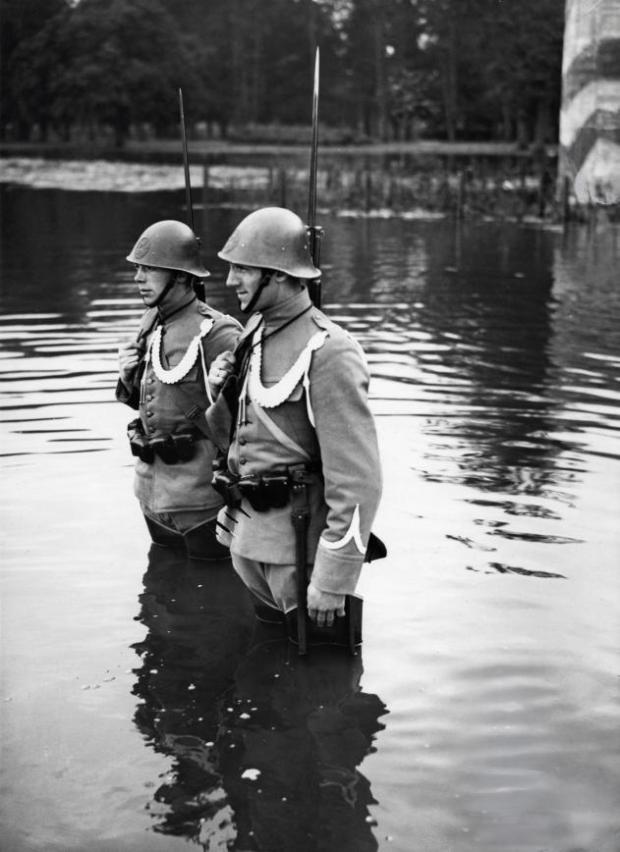 Diplomat being evacuated from occupied Holland. German special visa issued for the travel on a diplomatic train for the evacuation in July of 1940.

Members of the Dutch Resistance, identified by their cloth armbands, with American paratroopers of the 101st Airborne Division in Eindhoven, September 1944 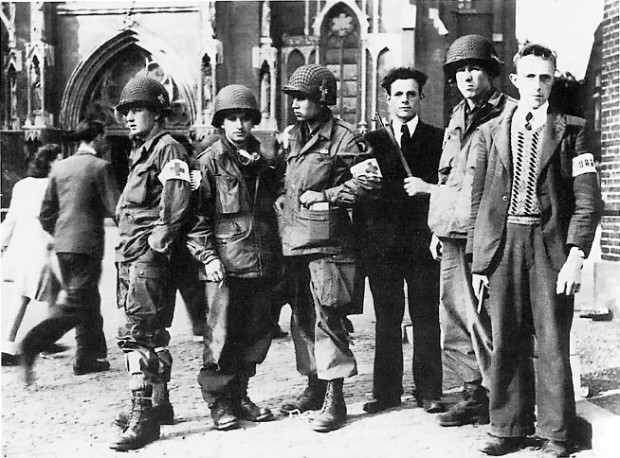 A case of ‘friendly’ fire on October 5 1942 RAF bombers mistakenly bomb the town of Geleen, thinking it was Aachen in Germany.

Dutch civilians pictured during the Hongerwinter of 1944–45

The town of Nijmegen in ruins on Sept. 28, 1944. The bridge in the background was one key element to Operation Market Garden. 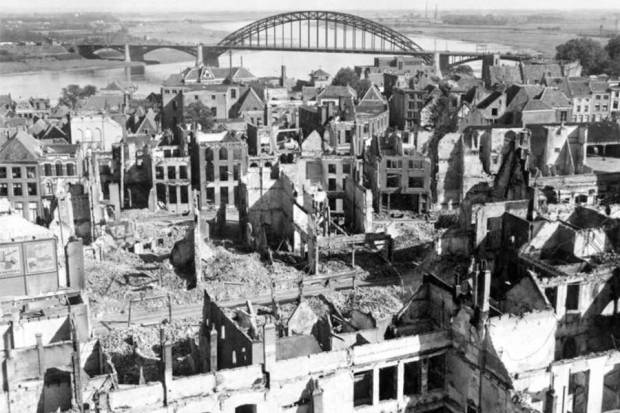