Wilhelm Kube was a devout Christian as well as a zealous Nazi. Those 2 aspects of his life clashed a few times during WWII.

In July 1941, just after the German occupation of the western parts of the Soviet Union, he was appointed Generalkommissar for Weissruthenien (now known as Belarus).

As Generalkommissar he was in charge of the extermination of the large Jewish population of his assigned region. He was nevertheless disgusted and outraged by the massacre in  Slutsk in October 1941.  SS Einsatzgruppen murdered Jews without the permission  of the local Nazi civil administration and Security SS authorities. Local non-Jewish Belarusians were also massacred, causing great resentment among the population. 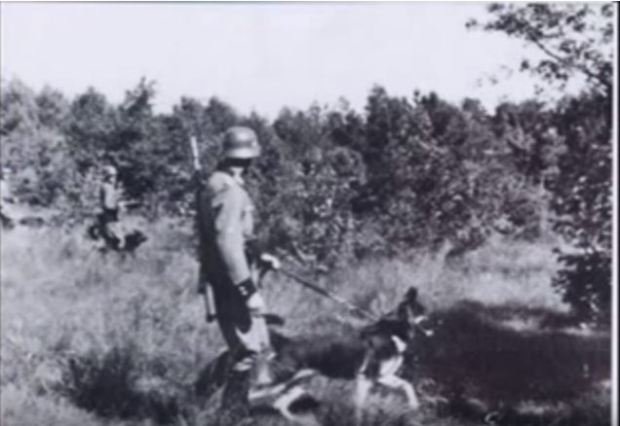 Kube wrote in protest to his supervisor and Reichsführer Heinrich Himmler:

“The town was a picture of horror during the action. With indescribable brutality on the part of both the German police officers and particularly the Lithuanian partisans, the Jewish people, but also among them Belarusians, were taken out of their dwellings and herded together. Everywhere in the town shots were to be heard and in different streets the corpses of shot Jews accumulated. The Belarusians were in greatest distress to free themselves from the encirclement.

I am submitting this report in duplicate so that one copy may be forwarded to the Reich Minister. Peace and order cannot be maintained in Belarus with methods of that sort. To bury seriously wounded people alive who worked their way out of their graves again is such a base and filthy act that the incidents as such should be reported to the Führer and Reichsmarschall.”

In another letter dated December 16 1941 to Hinrich Lohse the Reichskommisar for Ostland.

I wish to ask you personally for an official directive for the conduct of the civilian administration towards the Jews deported from Germany to Byelorussia. Among these Jews are men who fought at the Front and have the Iron Cross, First and Second Class, war invalids, half-Aryans, even three- quarter Aryans. . .

. . .These Jews will probably freeze or starve to death in the coming weeks.
. . On my own responsibility I will not give the SD any instructions with regard to the treatment of these people. . .

I am certainly a hard man and willing to help solve the Jewish question, but people who come from our own cultural sphere just are not the same as the brutish hordes in this place. Is the slaughter to be carried out by the Lithuanians and Letts, who are themselves rejected by the population here? I couldn’t do it. I beg you to give clear directives [in this matter,] with due consideration for the good name of our Reich and our Party, in order that the necessary action can be taken in the most humane manner.
Heil Hitler!
Wilhelm Kube”

Despite these contradicting feelings he participated in an atrocity on 2 March 1942 in the Minsk ghetto.

During a raid by German and Belarusian police, a group of children were seized and thrown into pits of deep sand to die.

At that moment, several SS officers arrived , among them was  Wilhelm Kube, immaculate in his uniform, threw handfuls of sweets to the distressed children. All the children died in the sand.