When we think of the first TV screening of Batman we automatically think of the 1966 TV series when Adam West took on the role as the caped crusader. However it was the actor Lewis Wilson who first portrayed the Batman on the TV screens.

The series from Columbia pictures  consisted of 15 episodes and were produced  by Rudolph C. Flothow, directed by Lambert Hillyer.

They were really Wartime propaganda movies.

The Batman/Bruce Wayne , and his side kick, Robin/Dick Grayson ,played by Douglas Croft, are  secret government agents following the Japanese attack on Pearl Harbor.

The city is still Gotham city but there is no Bat mobile but there are however bats in the Bat cave, The duo do not fight any of the villains we know from the comics and the newer Batman movies. No Joker or Riddler but instead Dr. Daka,  aJapanese mastermind of a wartime espionage-sabotage group.

Dr Daka has a death ray which is powered by radium and can pulverize walls but can also turn normal men into electronic zombies and do the work for Dr Daka. 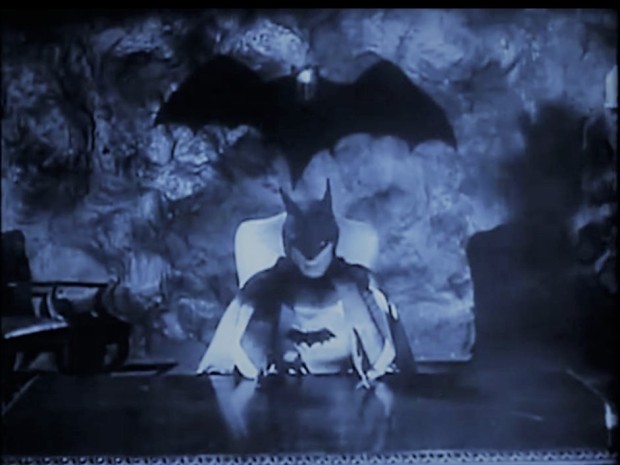