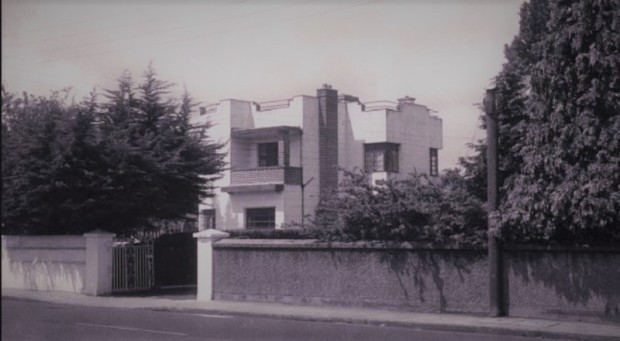 Although Ireland was neutral during WWII it didn’t stay completely out of the war.There were even some famous Irish war heroes like the Beamish brothers from Cork who became RAF flying aces.

On the other hand there were less conspicuous heroes, unlikely heroes even like Limerick man Richard Hayes.

He was born in Abbeyfeale, Co. Limerick and grew up in in Claremorris, Co. Mayo. He was educated in Clongowes Wood College in Klidare and in Trinity College in Dublin.

Richard Hayes was no soldier ,he was a librarian, in fact in he was the director of the National Library in Dublin. It is nor clear how Colonel Dan Bryan, head of Ireland’s G2 intelligence service identified Hayes as a code breaker, but he did, probably because Hayes,was highly regarded for his mathematical and linguistic expertise.

Great  Britain had complained of radio transmissions from a house in north Dublin owned by the German Embassy.ciphers had been found on another captured spy here. So with the support of Eamon de Valera, who always had a big interest in maths, Hayes was given an office and staff to go to work on the German codes.The coded messages were a substantial  threat to Irish national security and the wider war effort.

In the summer of 1940, Görtz had parachuted into Ballivor, County Meath, Ireland uis goal was  to gather information. He moved in with former IRA leader Jim O’Donovan. His mission was to act as a liaison officer with the IRA to get their their assistance in case of potential German occupation of Britain. However, he quickly decided that the IRA was not reliable enough. On landing, he had lost the ‘Ufa’ transmitter he had parachuted with. Goertz, attired in a Luftwaffe uniform, then walked to Dublin. He was not arresested despite calling into a Garda barracks(police barracks) in Co Wicklow, asking for directions to Dublin.

Goertz’s  was eventually arrested in Dublin in November 1941, he was carrying a code later described by MI5 as “one of the best three or four in the war”.

The “Görtz Cipher” – which was a complex substitution of figures for letters had puzzled many of the greatest code-breaking minds at Bletchley Park, but the mild mannered librarian from Co.Limerick had cracked the code. The first of the Goertz messages to be successfully decoded was unlocked with the key ‘Cathleen Ni Houlihan’. Informed of the breakthrough by Hayes, Cecil Liddell of MI5 visited Dublin in 1943 and the Irish and British secret services continued to share intelligence information until the end of the war.

Another German spy in Ireland , Günther Schultz, had used an un-coded system of “microdots”, allowing tiny messages to be contained within the letter “O” in newspaper cuttings, which had baffled the American OSS. Hayes cracked that too , as well as enciphering system used by the  Sicherheitsdienst

The captured Germans only knew their quiet-spoken and polite interrogator as “Captain Gray”, only a few at the G2 secret service knew that Captain Gray was Richard Hayes. 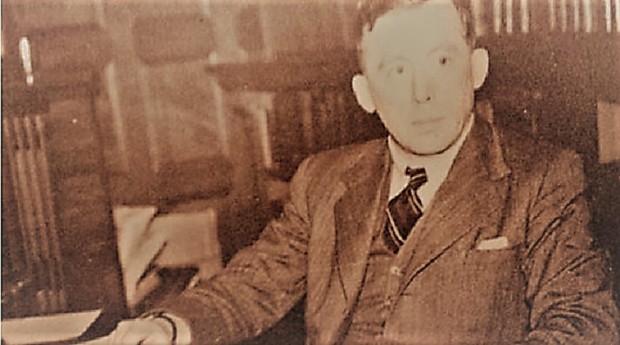 Hermann Goertz was released from jail in Athlone in August 1946, but was arrested again in 1947. Friday May 23, 1947 he arrived at the Aliens’ Office in Dublin Castle at 9.50 am and was told he was being deported to Germany . Goertz was afraid he would be handed to the Soviets ,he opted to take his own life.