The title is a line from a report by Edward R. Murrow, a CBS radio news reporter.He  reported largely from Europe during World War II, and was the first reporter on scene following the liberation of the Buchenwald concentration camp The report was broadcast on  Sunday, April 15, 1945, in Studio B-4 of the BBC, only a few days after the liberation.

I could include pictures of what the allied troops encountered in April 1945. Pictures of piles of corpses or emaciated inmates, and there are plenty. But I won’t do that. I have decided to tell the story with some of the excerpts from the report. When you initially read it then probably just like me, you won’t be that shocked,maybe a bit disturbed but not shocked.

This is probably because the horrors written down, don’t trigger a response. However when you read it again and leave the words sink in, the horrors become so clear and they will stick with you more so then any picture could do.

“There surged around me an evil-smelling stink, men and boys reached out to touch me. They were in rags and the remnants of uniforms. Death already had marked many of them, but they were smiling with their eyes. I looked out over the mass of men to the green fields beyond, where well-fed Germans were ploughing.

I asked to see one of the barracks. It happened to be occupied by Czechoslovaks. When I entered, men crowded around, tried to lift me to their shoulders. They were too weak. Many of them could not get out of bed. I was told that this building had once stabled 80 horses. There were 1,200 men in it, five to a bunk. The stink was beyond all description. 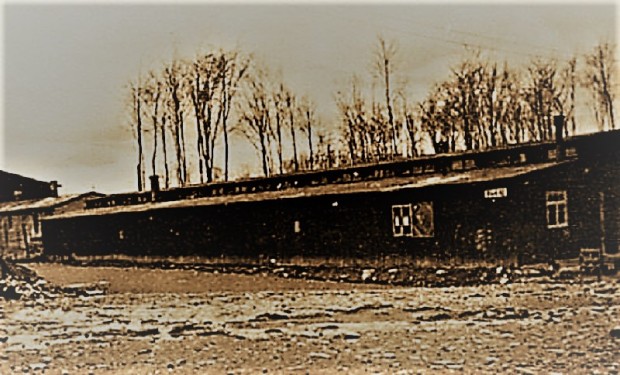 We went to the hospital. It was full. The doctor told me that 200 had died the day before. I asked the cause of death. He shrugged and said: ‘tuberculosis, starvation, fatigue and there are many who have no desire to live. It is very difficult’ He pulled back the blanket from a man’s feet to show me how swollen they were. The man was dead. Most of the patients could not move.

In another part of the camp they showed me the children, hundreds of them. Some were only 6 years old. One rolled up his sleeves, showed me his number. It was tattooed on his arm. B-6030, it was. The others showed me their numbers. They will carry them till they die. An elderly man standing beside me said: “The children- enemies of the state!” I could see their ribs through their thin shirts.

They called the doctor. We inspected his records. There were only names in the little black book, nothing more. Nothing about who these men were, what they had done, or hoped. Behind the names of those who had died, there was a cross. I counted them. They totaled 242. 242 out of 1,200, in one month.

As we walked out into the courtyard, a man fell dead. Two others, they must have been over 60, were crawling toward the latrine. I saw it, but will not describe it.”

Unlike Auschwitz or other camps Buchenwald’s gate did not say “Arbeit macht Frei” but ” Jedem das Seine” which translates to “to each his own” or “to each what he deserves”. No one in Buchenwald got what they deserved. No one deserves to be treated as a subhuman. Nor did they deserve to be murdered for being Jewish,Communist or just critical of the Nazi regime.