The title of this blog is a quote from Captain G. M. Gilbert. which he quoted after the Nuremberg trials. He was  appointed the prison psychologist of the German prisoners. During the process of the Nuremberg trials , During this time he became a confidant to several of the defendants ,including Hermann Göring.

Empathy is the experience of understanding another person’s thoughts, feelings, and condition from his or her point of view, rather than from one’s own. In short to ability to put yourself in someone else’s shoes.

To a great extend I agree with his opinion. However a psychopath can also imagine him or herself in the situation or circumstances of another person. But where someone with empathy use their ability for good and to facilitate a helping hand where possible, a psychopath uses this ability to better their own position at any cost regardless the price anyone else has to pay.

Gilbert had a famous exchange with Göring, which he recorded in his book”The Psychology of Dictatorship “.

Below is the text of that exchange.

“Göring: Why, of course, the people don’t want war. Why would some poor slob on a farm want to risk his life in a war when the best that he can get out of it is to come back to his farm in one piece? Naturally, the common people don’t want war; neither in Russia, nor in England, nor in America, nor for that matter in Germany. That is understood. But, after all, it is the leaders of the country who determine the policy and it is always a simple matter to drag the people along, whether it is a democracy, or a fascist dictatorship, or a parliament, or a communist dictatorship.

Gilbert: There is one difference. In a democracy the people have some say in the matter through their elected representatives, and in the United States only Congress can declare wars.

Göring: Oh, that is all well and good, but, voice or no voice, the people can always be brought to the bidding of the leaders. That is easy. All you have to do is tell them they are being attacked, and denounce the pacifists for lack of patriotism and exposing the country to danger. It works the same way in any country.”

Göring indicates here that he understands that no one wants war, but he also knows how easy it is to get people to do things they usually would not even contemplate, once you set the conditions for it.

I think a good lesson can be learned from that. The Holocaust happened, but it is not unthinkable something like this could happen again, and what scares me most it could  perhaps happen on an even  bigger scale.The times may have changed but deep down mankind hasn’t. 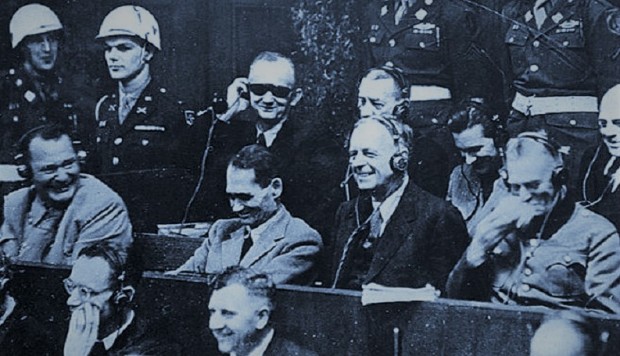