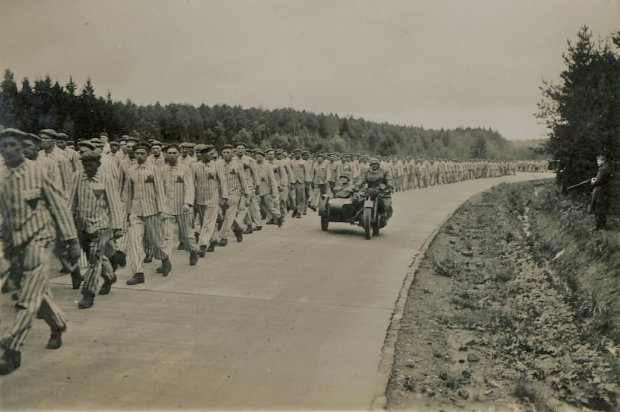 One of the things I could never understand was the death marches. The most of them happened near the end of the war. Even from a strategically point of view they made no sense. Then again a lot of actions taken by the Nazis didn’t make a lot of sense. So may of their policies and strategies were fueled by hate.

The Buchenwald Death March took place between April 7th and 10, 1945. It was a match of about 300km. 28,500 to 30,000 inmates were marched to 3 other camps. Dachau,Flossenbürg, and Theresienstadt. on a route via Jena, Eisenberg, Bad Köstritz, and Gera.

I just can’t imagine the fear and the  anxiety they must have felt. Those who fell down were either shot or left to die. Most of these people were weakened because of the  horrific treatment they got in the Buchenwald. Those who dies were walked to death, just sit back for a minute and imagine that.

The remaining 21,000 inmates who were left behind in Buchenwald were liberated on April 11,1945.